As a publisher, what sort of books do you look for?

Personally, I publish mainly reading groups and literary fiction, usually with a big focus on storytelling and plot; I’ve published Maggie O’Farrell for a long time, so that probably gives you an idea of the kind of thing I look for.

I also commission a little non-fiction and memoir, but only very rarely. I’m also usually engaged in ongoing work with an author whose fiction I already publish.

For books in any genre, though, they have to be compelling, well-written and stand out a little from the crowd for me to be tempted to commission them.

How often do you publish an unagented novel?

It is rare that we read unagented submissions, though on occasion there are open submission windows from most of the major publishers. If you’re without an agent for whatever reason, it’s worth looking out for those.

Many publishers who choose to have open submission windows do so because they know not every brilliant writer has managed to find an agent.

Agents can only devote so much of their time to finding new authors, and it’s up to us — the publisher — to make ourselves accessible.

Where we can, we try to promote diversity in our lists, and although agents generally do a very good job of finding and nurturing talent, we think it’s good to put ourselves out there and see whether we can discover really distinctive new voices ourselves.

What’s the next big thing?

Unfortunately I don’t have a crystal ball, and it’s impossible to accurately predict the future in any market — especially literature!

We all know how popular psychological thrillers have become, and I don’t think they’re going to go away soon. They’re too fascinating, and there’s a massive appetite for them.

]The problem for publishers and new writers in this area is how to make debut novels and authors in this field stand out from a sea of rather slickly published and packaged books.

I think ‘uplit’ or feel-good fiction, with real characters that readers can empathise with, is definitely here to stay.

There’s also an appetite for books about ‘how we live now’, that address the idea of community, friendship and quality of life.

From a writer’s point of view, though, it’s always best to write what you want to write rather than trying to follow trends.

For it to be worthwhile, your heart has to be in it. It’s easy to tell when a writer is writing what they think they should write, rather than what they want to.

Has Netflix changed what we consider to be a ‘good story’?

The fact that there is so much incredibly compelling storytelling so readily available in TV form means that readers’ demands are quite high in terms of narrative satisfaction.

They want a lot of drama and incident, but also sophistication when it comes to atmosphere, character development and the like.

What I find very interesting is the way that the growing trend of longer, open-ended series — compared to feature films or shorter, discrete series — means that character becomes incredibly important, slowly building over time.

The ‘box set’ phenomenon is both encouraging more drama, twists, cliffhangers and narrative verve, and more good old fashioned craft, which I do really enjoy.

Although I’ve missed out on some great books, to console myself I think about all the exciting books and authors that I have been lucky enough to work with.

Have you ever regretted turning a new author down?

As a publisher I have lots of regrets, and I’m sure everyone in my industry does.

One that sticks out is not bidding on Elizabeth is Missing. It’s a great book and I read it too quickly when I was in the middle of buying something else, so I regret being tired and not giving it the concentration it deserved.

To console myself, though, I think about the exciting books and authors that I’ve been lucky enough to work with.

For example, I’m publishing a debut next year I’m really excited about called In our Mad and Furious City, about three young men growing up in a London council estate.

It sounds bleak, but it has a Pigeon English magic about it. It’s very different and fresh, and I have high hopes for it and the author, Guy Gunaratne.

How often do you have to turn down books you really enjoyed?

It’s a sad fact that I actually do this quite a lot. Because Tinder Press has quite a tight list — we publish about 12 new books a year — we have to be a fairly considered about what we’re looking for, and think carefully about the balance of the list.

For instance, we can’t have too many debuts in one area. My colleagues and I do have fairly similar tastes, so we have to watch out for this.

Also, if I can’t see a way to get enough copies of a book out into the world to make some kind of business sense, and at least build a platform for the author’s future career, it won’t be a happy experience for anyone.

In those cases, it’s best for me not to go into battle for that book.

Is self-publishing a barrier to being traditionally published later on?

There are a lot of misconceptions about self-publishing, and this is one of them. Self-publishing won’t hamper your chances of being picked up by a mainstream publisher, especially if you can make your work known by marketing yourself well.

You can’t, of course, then be a debut, and it might rule you out of some of the debut prizes.

If you like the sound of the challenge of self-publishing, though, you shouldn’t let that put you off. Many successful authors started out this way.

How long does the whole process take?

Put simply, the whole process lasts about a year to a year and a half. Of course, it varies for every author, but I’d say that’s the average.

Of that time, three to six months could be spent editing, but for some it could be much less.

What really catches your eye in a submission?

I like immediacy, and I love it when I read a line that makes me think or feel something that I don’t remember a book making me think or feel before — which does still happen! It’s always a real pleasure to be surprised.

I also love it when I see that someone has paid real attention to their craft, on a technical level as a writer and as a storyteller.

It’s wonderful to see that they’ve enjoyed getting to grips with the genre they are writing in, and are really showing me what they can do. 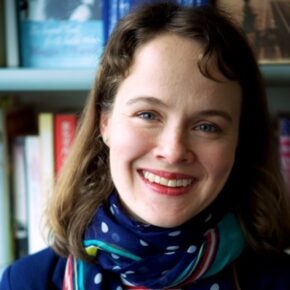