A strange thing occurred while I was taking the Professional Writing Academy’s Introduction to Writing Crime Fiction course.

I was working on an exercise for the first class — we had to write about a detective — when a woman walked into my office and sat on the pull-out sofa bed. She was slight and reserved, but commanded my attention.

She crossed her legs and bounced one child-sized foot on the parquet, allowing me time to jot down a backstory that followed her like perfume.

At the time, I was also writing a novel, a domestic thriller that didn’t feature a detective, but as I settled down each week to tackle another exercise for the course, this woman came back.

She wanted in on my novel.

For four weeks we kept up a silent courtship, until I worked out that she was the second voice in a multi-narrator plot. That novel is still a work in progress, but will be published in 2018 as the second of a two-book deal. I’d better finish it!

I had many excuses to leave the writing until tomorrow, but the course gave me a deadline, motivation and permission to write.

The ghost-like arrival of my second narrator is just one example of how a course can turn up ideas that turn into words that turn into a book. There are other less eerie ways…

I first took a novel-writing option on an MA in Professional Writing after I was advised by a part-time lecturer there — Susannah Marriott from PWA — to stretch myself. Writing that first novel stretched me until I feared I had over-reached.

A couple of years later, though, All the Little Children was an edited manuscript that caught the eye of an agent in Chicago and later sold to Lake Union Publishing. I’m so grateful for the push that made me stretch.

Entrusting your writing to peers and tutors is a stepping stone to showing your work to an agent, then an editor, and then the world.

When I took these courses, I had toddlers. I had freelance work. I had post-baby weight that wobbled when I ran — I still have that. Also, I had just discovered Netflix.

I had many excuses to leave the writing until tomorrow, but the course gave me a deadline, motivation and — most importantly — permission to take time out to write.

I discovered that writing is scary, but showing it to other people is worse. I’m afraid this one was a BandAid: I had to rip it off.

Actually, it’s worse than that: it’s a bikini wax, but still — rip it off. It hurts less each time.

Entrusting your writing to peers and tutors — and learning to handle feedback — is a stepping stone to showing your work to an agent, and then an editor, and then the world.

I found that online critique forums like PWA’s enable a degree of emotional distance that takes the sting out of it.

Finally, a vital factor in my route to publishing has been the individuals who make up my personal writer community — people I’ve met on courses at PWA, as well as workshops and critique groups.

Other folk made introductions, proofed query letters, and cheered me up when I was down. Not only that, but it was one former course mate — in a career-changing moment — who spotted a tweet from a Chicago literary agent who just so happened to be looking for a novel exactly like mine. 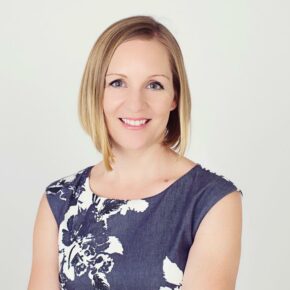