Wrestling with your fictional characters is a familiar pastime for experienced as well as new writers. It’s an ongoing struggle to create realistic characters who fulfill all the functions of story and resonate with the reader as real, engaging people.

Here, experienced author, ghost-writer and tutor on both Faber Academy and PWA courses Tom Bromley looks at the basics of writing characters, and suggests ways to form and maintain realistic, entertaining individuals to inhabit your stories.

Standing out from the crowd

In any story, it’s essential to ensure the characters are working. To do this, Tom suggests that you start by reviewing their voice. Do they sound like the sort of person you want to be inhabiting your story?

“An important part of character creation is the development of a distinctive turn of phrase”, Tom says, “and to test this, you should be able to take a line of dialogue out of context and recognise which of your characters is talking. The trick here is not to overdo it, as that distinctive turn of phrase can then feel more like a catchphrase and tire over the course of a novel”.

“When writing from a first-person point of view”, he continues, “it’s easier to both develop a distinctive voice and overdo it. A good example of an effective voice in a first-person story would be the Bridget Jones books.

When books are told in the third person it’s a slightly different set-up, and the voice of the character is solely shown through dialogue. This brings with it other difficulties, and the lack of an internal monologue can sometimes tempt writers to really turn up the “distinctiveness” of the dialogue, resulting in more of a caricature than a well-rounded individual”

Again, consistency and moderation are key. A few small, noticeable idiosyncrasies are what you’re after – just make sure they contribute to the story

As a rule of thumb, I think creating distinctive central characters relies on the accumulation of small details.

Clearly, first impressions are very important, so your initial descriptions of characters are crucial. Tom says, “the more specific you can make the details, the more they’ll be set and memorable in the reader’s mind.

It’s a bit of a Marmite book, but I’m a big fan of John Kennedy Toole’s A Confederacy of Dunces, which begins by clearly setting out the larger-than-life protagonist, Ignatius. Not all types of characters are quite so in-your-face, but Toole’s introduction is certainly worth a read — even if your characters are nothing like Ignatius”.

“Writers sometimes give their protagonists specific mannerisms or habits. Agatha Christie did this with Poirot and his limp, as did Colin Dexter with Inspector Morse and his crosswords.

Again, I think this can be a double-edged sword – it’s very easy for this to feel forced and works best when it helps to sum up something about the character”.

“As a rule of thumb,’ he says, “I think creating distinctive central characters relies on the accumulation of small details, so the more you know about your characters, the more depth they’ll have and the more memorable they’ll be”.

Showing a character’s vulnerability or concerns is another great way of drawing a reader in for empathy.

One aspect many writers have difficulties with is deciding how much they want their reader to like the characters. “Firstly, it’s important to remember there’s a big difference between caring about a character and liking a character,” Tom says.

“The former is the important bit, and essential to get right if your reader’s going to keep turning the pages.

Again, I think writing in the first person can help, and if you establish a strong voice and a distinctive worldview for your character it can really grab the reader.

The first person also makes it much easier to show a character’s internal thoughts and feelings – you can do that in other points of view, but it’s most natural in the first person”.

“Showing a character’s vulnerability or concerns is another great way of drawing a reader in for empathy,’ says Tom. “This shows that they are flawed and, essentially, human – there’s often a huge difference between the facade that people display for the outside world and how they truly feel.

In the same way, that plot is all about conflict, the character is often about internal conflict. Showing that to the reader can really grab their attention.”

“The other important element for an effective protagonist is to ensure they are active – by this, I mean the opposite to passive, rather than doing a lot of physical exercise. Having them make the weather rather than being made by it creates a powerful, engaging character”.

A useful exercise is to study real-life characters you might not necessarily like, but you’re intrigued by. “Take the current US president, for example”, Tom says.

“Whatever your politics, Donald Trump is a character who demands attention. Why is that? What is it that makes him catnip for the media? Thinking through what draws you to read about someone like that can be quite revealing”.

One of the biggest mistakes many writers make is creating characters that are too consistent in outlook.

So, we’ve got our not-so-likeable character that’s engaged us nonetheless. Now it’s a case of making them believable. Tom suggests, ‘with most characters it’s about coming up with some consistent inconsistencies.

In a way, that goes all the way to the heart of creating a compelling character – that little spark that makes them tick.

“One way to think about it is to consider it in terms of how some people compartmentalise – they’re a different person at home to how they are at work, for example”, says Tom.

“Another is to approach it in terms of flaws. What’s your character’s greatest strength and what might undercut that? If you come up with a character profile of attributes, think what might rub up against each one.

After all, characters are human (usually) and we can think about real people to compare. Think about people you know and features that you could transpose from them to your fictional character.

Taking real people’s attributes can help make your characters human, and that means making them inconsistent, flawed, truly complex individuals. That’s what readers will relate to and feel drawn towards”.

“One of the biggest mistakes many writers make is creating characters that are too consistent in outlook”, Tom says.

“In reality, no one is happy or sad or aggressive or kind or whatever 100% of the time. Adding in these inconsistencies is the first step in making your characters feel real, which is the core of good writing”.

For ease of writing and comprehension, I’d generally suggest making a couple of characters more prominent and a few others a little more knocked back.

How many is too many?

There’s a lot of work for each central character, but how many do you really have to flesh out so thoroughly?

Tom says, “there’s no set rule here, but the more central characters you have, the more of a challenge it is to write cohesively and maintain the reader’s interest. It’s often a question of weighting — if you have four or five characters of equal weighting, it can be difficult for the reader to decide who to root for.

For ease of writing and comprehension, I’d generally suggest making a couple of characters more prominent and a few others a little more knocked back”.

“There’s sometimes a description of “thin” and “fat” characters. The secondary characters are “thin”, but there’s a skill in drawing them, too: making them memorable without getting in the way of the lead characters.

“Also,’ says Tom, “I don’t think you need to name all the characters in your book by any stretch. With lesser characters, it can be confusing to name them and it can turn into a juggle for the reader to remember. Sometimes it’s better to call them something more generic, which signposts to the reader that they are less significant.

“Finally, one other technique that can help is the staggering of the introduction of characters. If you’re writing a scene of, say, a dinner party with eight characters, introducing them all in one go can be confusing for the reader. If you stagger their introductions, it’s easier for the reader to get a handle on them”. 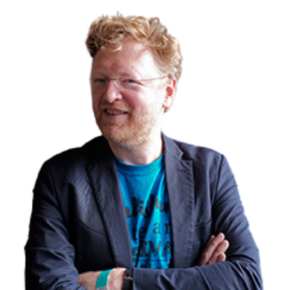