There’s no easier place to get lost than in a cutting room, and I had come into one where the director and the editor were quite a way off course. But they weren’t just astray, they were demoralised too.

We were due to lock picture on their documentary in about ten days but, they admitted, that felt almost impossible.

What made it all the more frustrating was that they had really great material. They just couldn’t find a way to make it all come together.

It was several years ago now, but I still have a vivid memory of that morning. The editor was clever and experienced.

Initially, she’d tried a strictly chronological approach to the story, putting the material into a timeline that was very close to the order things had been shot in.

We’d all looked at the assembly and, while it made perfect sense, it didn’t excite us. It felt lifeless.

Next, the director and the editor had tried to invert the story, leading with the ending — to grab attention — and then using a simple flashback to go back to the beginning.

They did some more reordering of the timeline and it seemed to be working a bit better. It still didn’t do justice to the material, though.

Several recuts later and they were going round in circles, so that morning we had to try and find our way back.

The editor and I wrote down the key story elements as the director described them, and we started to see what we’d been missing.

I asked the director to tell me the story in no more than two minutes. Who’s it about, what happens, what changes and why should I be interested?

As he talked, the editor and I wrote down the key story elements as he described them, and we started to see what we’d been missing.

Blinded by the strengths and weaknesses of the material, they had gone into the edit with preconceptions about what would work and what wouldn’t.

These had led them to glide over two or three parts of the story that were the weakest in the rushes, in the hope that they wouldn’t be missed. But like key ingredients in any recipe, if they’re missing, everyone can taste it.

As we went through our notes we identified the key structural elements. Most had already been built from the strongest material in the rushes.

So, we focused on the ones that were missing and we worked out how we could build those, despite the paucity of the material to support them.

We then set about ordering all this on paper into the classic five-act structure. This turned out to be largely chronological, but both the director and editor were now able to make their clever twists to the plot work.

As I left, I could feel the energy in the room had come back and they were already recutting before I’d got to the bottom of the stairs.

The finished film did more than justice to the material. Interestingly, in the end they didn’t exactly follow the paper structure we’d hammered out that morning because as they nailed down the agreed structure they discovered several new juxtapositions that made it even better.

And because the story structure was so solid you barely noticed the weaker elements.

It’s stayed with me because the surprisingly simple process of going back to the principles of what makes any story work was the key to unlocking something that appeared to be impenetrable.

Like I say, we don’t think about story structure enough in factual television. 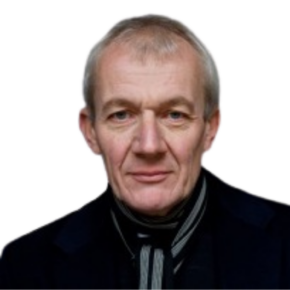 Peter is associated with some of the most popular and acclaimed documentaries and formatted reality shows of our time.

He started life in television directing, producing his first documentary for BBC One in 1980. He went on to direct BBC documentaries for the next 18 years.

He was responsible for commissioning shows such as Faking It, Wife Swap, Supernanny, Cutting Edge and Jamie’s School Dinners along with drama-docs like Death of a President, Tony Blair on Trial, The Government Inspector and Hamburg Cell. He has worked with luminaries such as Nick Broomfield, Molly Dineen, Errol Morris, Penny Woolcock, Ronan Bennett and Peter Kosminsky.

In 2005 Peter conceived and launched More4, Channel 4’s third digital channel which won Digital Channel of the Year in its first year. And during his time at Channel 4 his departments picked up 150 national and international awards, including 16 BAFTAs, 29 RTSs, 9 Grierson Awards and an Ivor Novello.

As founder of the production company Rare Day Peter has produced documentaries for all the major broadcasters including the BAFTA nominated We Need To Talk About Dad, Police Under Pressure, One Mile Away (winner of the Michael Powell Award for Best British Film), Big Ballet and Murder Games: The Life and Death of Breck Bednar. Rare Day’s production, Chasing Dad: A Lifelong Addiction recently became the most requested programme on the BBC’s iPlayer.