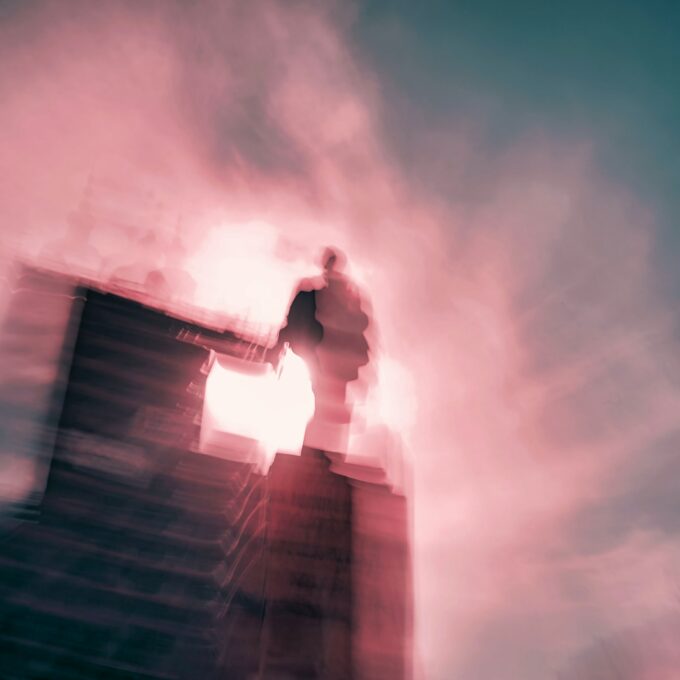 You’re a keen writer, and you’ve got some great ideas just waiting to pour out onto the page — maybe you’ve already got going.

Perhaps you’ve completed a course like Kickstart Your Novel and are looking to take everything you’ve learnt and put it into practice. I’m here to help that become reality.

The process of writing a book isn’t for the faint of heart, but — in my opinion — it’s one of the most satisfying things a person can do. So, without further ado, here are my four essential tips for those looking to get serious with their writing.

Over my career I’ve changed my stance on plotting. I used to just write into the blue, hoping the idea would run away with itself, but somewhere around my fourth novel I realised that I actually quite enjoy the security blanket of a pre-formed structure.

It does remain fluid, however, and I have not yet once stuck entirely to the index cards I have pinned on a massive corkboard in my writing shed.

That’s my process, though, and everyone is different. However, I’m pretty certain every writer will benefit from considering plot and structure at some point in their process.

If you’re an intricate plotter who likes to have everything mapped out in advance, do be prepared for discoveries to take you away from your original plans.

A broad idea for the story arc of your novel can be just as useful as chapter-by-chapter notes and can, for many of us, make for a more organic – and often more enjoyable – process.

For me, the plotting proper tends to happen in the second draft. I also temper the combination of plotting and the excitement of writing off-the-cuff by taking time to write scenes that I think will help me find the voice or tone or backstory of the novel, as sort of exercises — these often unleash all sorts of new events to include.

It’s funny how sparks of inspiration can take over, and what comes out of unplanned events can be magical.

Most writers will find value in Scrivener — a word processor especially for writers — and it’s particularly useful if you tend to put your novel together by writing scenes. Your emerging structure can be seen easily and remains fluid right up to the very end when you export it to Word.

Know when to stop

Oscar Wilde said you know it’s time to stop when you’ve spent all morning removing a comma, then the whole afternoon putting it back again (I paraphrase).

But, in the absence of a publishing deadline – which can be marvellously bracing – it’s time to leave your desk when you think it’s as good as you can get it.

That’s to say when you have no more nagging doubts about anything.

Having said that, it’s important to remember that just because you think it’s perfect at that point, it doesn’t mean it is.

When you get to that stage, any interested agent will probably specify more work and then, if an editor acquires it, they will put it through at least one major structural edit. Then you’ll be looking forward to line edits and so on.

The bottom line is if you can read through your work without rewriting whole sections, it might be time to press save and…

Remember, agents are there to sell your work and do the dirty bargaining for you, so if you find them a bit scary, that might not necessarily be a bad thing.

Find the right agent for your book

The Writers’ and Artists’ Yearbook can be a good starting point, but I would also look at writers whose work or careers you admire, and who also might fit into the same genre category as you.

Not only does this ensure you a reputable agent, but also one who’ll have good contacts in your field.

Then research the agent by following them on social media and reading up on their websites, published articles – anything you can get your hands on! If you can, go and see them speak, too.

Ask yourself ‘can I work with this person?’ Remember, they’re there to sell your work and do the dirty bargaining for you, so if you find them a bit scary, that might not necessarily be a bad thing.

Once you’ve made your choices, submit while conforming exactly to their stated preferences. Address them personally, and mention if you’ve seen them speak, that you know a client of theirs or have anything else in common.

Leave prospective agents disappointed that there isn’t any more manuscript for them to read so that they have to ask you for the rest.

Write a one-sided introductory letter that briefly outlines your novel, including any relevant biographical detail – for instance, if it’s set among cabin crew and you’ve been cabin crew, mention that. If requested, include a brief half-side of synopsis.

There are lots of examples on the web of good cover letters, so browse some of them if you’re not quite sure.

Then, having got them to start reading your manuscript, give them whatever they ask for — usually something like your first 5,000 words or your opening three chapters. Whatever it is, make sure that it is completely honed and perfected.

They will have little time to make an assessment, so grab them with those words. Leave them disappointed that there isn’t any more manuscript for them to read so that they have to ask you for the rest.

Although some agents request that you only submit one at a time, because we only have one life and because they can take up to three months to get back.

If you haven’t heard back by then, it is acceptable to send a brief chasing-up message (it’s generally considered OK to submit to about three at once).

You don’t have to tell them that on your first approach, but if you get multiple requests for more of your work, it’s best to come clean. A bit of competition is always enticing – most agents love it.

If you’re at all similar to me, your writing is both intensely personal and private but requires some sort of support to really reach its full potential.

My writing career has been assisted by many people, and if you’re at all similar to me, your writing is both intensely personal and private but requires some sort of support to really reach its full potential.

To get started on my first novel, I spilled out a first draft as part of NaNoWriMo. The great support there is being part of a community of people bashing out words together. It really helps you keep up the momentum.

I then started the rewrite the following January but lost faith at the end of February. I joined a writers’ group but didn’t feel able to give it the time — I was working full time, had three young children and had an older person to care for.

I realised I had to be selfish about my writing time, so I hired a literary life coach — Jacqui Lofthouse — who was marvellous.

She didn’t give specific feedback on my novel, but she helped me with confidence building, claiming my time and giving me deadlines. Visit The Writing Coach — you’ll find her there.

When sharing with relatives and friends there’s always the problem that they can shy away from giving you proper criticism.

As I mentioned earlier, I find I’m very private when developing my work – no one sees it for a year, and I’m wary of even talking about it.

I’m full of admiration for PWA and Faber Academy students for showing their work each session it can be so hard handing it over. But having that community can make such a difference.

When sharing with relatives and friends, though, there’s always the problem that they can shy away from giving you proper criticism.

My husband (also a writer, though a playwright) gets mine first, and has to suffer me staring at him as he reads, dissecting every tiny change in his expression.

And what can he say, actually? Poor man: it’s the literary equivalent of asking ‘does my bum look big in this?’

And then you have to share it with a bigger world. If you decide to self-publish, it’s essential you use an editor or a paid-for professional eye before you set it free. If you traditionally publish, there will be possibly dozens of people who read it before publication. It can feel a little like running around naked!

Once you finally reach your goal, though, there’s no feeling better in the world, so grab your keyboard or pen, and get writing! 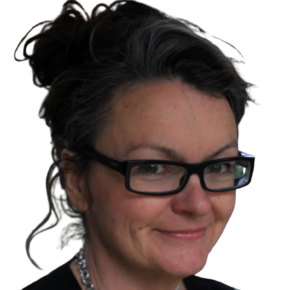 It was while she was doing an MA in Sequential Illustration that she realised what she really loved was writing. She took some online creative writing courses and wrote two NaNoWriMo novels. The second of these went on to become her debut novel, Cuckoo (Headline), which was followed by Every Vow You Break, Tarnished, The Long Fall and Her Husband’s Lover.

Her novels have been translated into six languages. She now works full time as a writer, but also really enjoys teaching. She has taught and mentored on MA courses and at festivals and workshops throughout the UK.

Develop the narrative momentum you need to get stuck in to a novel.