Over seven years of the Bath Novel Award, we’ve shortlisted every kind of novel from speculative to realistic, historical to sci-fi, literary to commercial. I’m often asked to pinpoint the qualities in the novels which make the shortlist and the best answer I can give is uniqueness.

Every year, the readers’ votes go to the novels with the freshest voices and something new to say within a story only that writer could tell.

The books where the writer hides themselves and their self-consciousness away, leaving the characters to lift off the page and pull you into their world.

Simply put, they are the manuscripts we can’t stop thinking about.

While a book’s uniqueness is impossible to formulate, our shortlist voting patterns show readers know it when they see it and I’ve noticed a few technical qualities which often appear in the vote comments.

By far the most common opening in shortlisted novels is a short and simply worded first line that signals change. For example:

The email arrives in my inbox like an unexpected bomb. Friend Request, Laura Marshall

Another Being falls as we’re driving into Edinburgh. Out of the Blue, Sophie Cameron

This is the last conversation we will have. Testament, Kim Sherwood

At first, nothing was unusual. Rainbirds, Clarissa Goenawan

I stole a baby. The Hurting, Lucy Van Smit

By directing the reading team into an I-have-to-know-what-happens-next mindset, these punchy first lines get novels off to a flying start.

Each one of these lines is loaded with forward motion, and poses a compelling question:

What was in the email that arrived like an unexpected bomb?

What’s a Being and why and how are they falling?

Why the last conversation, and between whom?

Who or what is behind the bolted door?

Voting comments often mention the reader’s connection with the protagonist and first-person narratives seem to have more success in this aspect.

While not all our shortlisted novels start this way, it seems this kind of opening performs particularly well within our award. Reading for a prize is a peculiarly intense experience, especially in the early rounds when the odds are highest.

In our first round, readers vote yes or no to the question does this extract make you want to read the full story?

By directing the reading team into an I-have-to-know-what-happens-next mindset, these first lines get novels off to a flying start and I’ll often see comments with the votes along the lines of ‘this writer had me from the start’.

The imbalance of narrative viewpoints on our combined shortlists is striking, with twice as many first-person as third-person narratives. I suspect this could be linked to the heightened pace of reading for awards.

Voting comments often mention the reader’s connection with the protagonist and first-person narratives seem to have more success in this aspect.

If your novel is written in the third person, it’s perhaps worth considering an edit focused on emotional layers and opportunities to increase reader connection, particularly in the extract round.

Another quality we often see in shortlisted books is stylistic risk.

For example, in Rainbirds, Clarissa Goenawan reinvents the first commandment of writing rules to never, ever start a novel with a character waking from a dream:

Stylistically brave and innovative writing is incredibly exciting when reading for an award.

At first, nothing was unusual.

I was on the phone with my sister. She sat at her desk by the window in her rented room in Akakawa. The sun shone through the curtain, casting brown highlights on her long dark hair.

She asked me question after question, but I just mumbled one-word answers, impatient for the conversation to be over. But then, before my eyes, she crumbled and turned to ashes.

I woke up in a black sedan; the dream would have slipped from my mind, had it not been for the porcelain urn in my lap. Resembling a short, cylindrical vase, it was decorated with a painting of a flying cuckoo and chrysanthemums.

Inside were the ashes of my sister, Keiko Ishida, who had been only thirty-three when she died.

As well as the surprise of a page one twist on the trope submission readers see most, there’s also an inciting incident in the form of the dead sister who wants answers.

Stylistically brave and innovative writing is incredibly exciting when reading for an award, and a clear signal of the magic and uniqueness which translates into shortlist votes.

The Bath Novel Award 2018 is a £2,500 international prize for unpublished and self-published novelists, and the judge for 2018 is Felicity Blunt of Curtis Brown Literary Agency.

The writer of the most promising longlisted book will receive a place on Edit Your Novel the Professional Way, the new 18 week online course from Cornerstones Literary Consultancy. 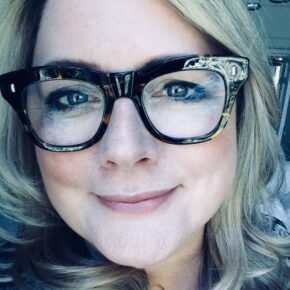 Caroline Ambrose is the founder and organiser of The Bath Novel Award and The Bath Children’s Novel Award, two annual international prizes for emerging novelists.

After gaining a BA Hons in English Literature, Language and Social Psychology at the University of Birmingham, she joined The Body Shop International where she worked her way from the shop floor to Business Development Manager. In 2002 she moved to Bath where she lives with her husband and young daughters and is a regular chair for The Bath Festival’s literary events. She is also a campaigner for public libraries and was instrumental in stopping the closure of Bath’s city library in 2017.

She oversees every stage and aspect of the novel awards, from receiving entries to working with readers, judges and helping shortlistees find literary agent representation.