Christina Bunce – I’m here today with our Introduction to Crime Writing tutor Tom Bromley. He’s going to give some sage advice to anyone thinking about – or already – writing crime fiction. Hi Tom!

CB – Just imagine that I’m thinking of writing a crime novel. What are the first things I need to think about? Or, is it just about concentrating on making it a good story?

TB – Well, I think story is very important. My normal rule of thumb when writing any kind of book is that a reader will read on for one of two reasons. The first is that they care about the characters, and the second is that they want to know what happens next.

I suppose in a crime novel, those two particular elements are especially important. That ‘what happens next?’, page-turning element is crucial to think about for the success of a crime novel.

But, also, you need characters to care about as well. Whether that’s your detective protagonist, the victims of the crime or anyone else, you need to bring those out, and the characters give the story an emotional pull, and keeps the reader reading on.

So, if I was thinking about starting a crime novel, those are the two elements I would have in the back of my mind from the beginning.

CB – In a crime novel, who do I need to think about the most? Is it the detective, the characters around them, the criminals? Who is the main focus, or does it change?

TB – I think it changes from book to book and from author to author. So, for example, I did an interview with a writer called Fergus McNeill, and in his books he was as interested in the serial killer as he was in the police detective. There, the balance was slightly different, but usually, if it’s a police procedural novel, you want that focus on the lead detective.

You want to get a sense of working through the crime with them, their understanding, and their challenges of solving the mystery at the heart of the story.

Ultimately, you need someone to root for, and in different books that can work in different ways. Personally, I’m a big fan of Patricia Highsmith, the crime writer. Her protagonists are quite dark – they’re not especially likeable – but as a reader they’re interesting, and you care about them, so you do follow on to find out what happens to them.

TB – Yes, he’s not exactly likeable! That’s one of the crucial things about characterisation: it’s the difference between liking a character and caring about a character. Quite often, beginner writers fall down the trap of thinking lead characters have to be likeable, and you have this slightly bland, nice, dull individual, whereas actually it’s something else that tends to spark the reader’s interest.

One of the reasons people read crime and thrillers is the story, pace and mystery of it.

TB – Yes, I think there’s definitely an element there – not only in crime but in any kind of novel you need that conflict. For me, the conflict is twofold.

There’s the conflict in the story – the good guy rubbing up against the bad guy – but you also need an equivalent conflict within the lead character themselves. There’s something about them as a character that is unresolved that they need to deal with. That element is important to bring out.

CB – You only have to walk into a bookshop to see what a massive genre crime is. It’s very popular, and everybody loves it. If I’m embarking on writing a crime novel, have you got any ideas on how I can make it really stand out? I’m not sure if there are trends, but what’s going to make mine really stand out from the crowd?

TB – I would, personally, avoid trends, because by the time you’ve written a book and it’s been published the market will have moved on anyway. As we’re talking, psychological thrillers are the big thing, following on from Gone Girl, and Girl on the Train, and there’s a lot of books out now that follow that. If you started to write now, however, psychological thrillers may well not be successful by the point you’ve finished and published.

I would say, usually, it’s about coming up with that fresh distinctive voice, and in particular it’s coming up with an interesting lead character. Publishers, generally, are looking for crime books as a series, with a repeat central character, so it’s about having someone there that the reader is going to care about and can follow.

If you were looking for an example, I love Henning Mankell. I think his Kurt Wallander books are fantastic, and a really good balance between story and an individual who you really care about as a reader. So, if I were starting out, I would be looking at writers like that for inspiration.

CB – I’m increasingly hearing that people should consider – as you say – a series, but also that authors should consider the television or filmic potential of what they’re writing. Is that important, or just a side issue?

TB – I think that’s a bonus. You’ve just got to focus on the book. Some stories will work as a novel but not on the screen, and you’ve just got to write the book that you want to write. If that’s adaptable for television or film, fantastic, but if you start writing with that idea in the back of your mind, then I think you’re more likely to become unstuck.

It’s the same kind of thing, I think, as when people chase the market. People think a certain kind of book is successful at the moment, so they’ll write a book about, I don’t know, wizards at a school.

CB – I suppose it doesn’t have authenticity if you’re thinking about anything other than the book you want to write.

TB – The other element in crime that I think is important in crime is setting and place. I think really good crime fiction tends to have a central location at its heart that gives the story its atmosphere. If I was looking for a USP, I would perhaps think about where these books are going to be set, and how can I make the most of that. Maybe start from that angle.

TB – One of the reasons people read crime and thrillers is the story, pace and mystery of it. All of those elements are useful to know about and be able to utilise fully. I personally think there’s lots to be learnt in every genre – I’m not someone who’s sniffy about ‘genre fiction’ at all. It stands on its own two feet, and there’s always plenty you can learn.

I’ve had writers who I’ve worked with who are writing more literary fiction who have come and done this crime course because they wanted to give their stories a bit of a boost. If you look at crime fiction, there’s plenty there you can take away and use for your own writing.

CB – Tension and suspense in particular, I imagine.

TB – Yes, they’re very important. I also think plotting in general. Crime books are often very tightly plotted, and sometimes when people who are struggling with plot will come and look at crime to see how that works.

CB – Thanks Tom, you’ve given us a great insight into the world of crime fiction! 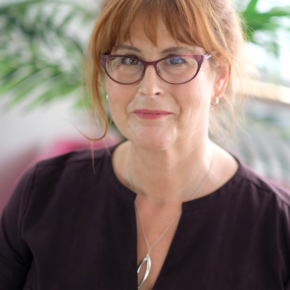 Christina Bunce is a writer, educator and academic.

She has experience of university teaching, online learning and digital content strategy and production.

She has developed stories in many forms: as a journalist, author, magazine editor, digital content producer, online community builder — and nurse.

Inspired by the potential of technology to increase accessibility to learning for people at all levels and from all walks of life, Christina has been developing new ways of teaching writing for 15 years.

Before founding the Professional Writing Academy with Susannah Marriott, Christina devised, produced and managed online and face-to-face university undergraduate and postgraduate courses in writing, as well as apps and ebooks — all the time keeping a close eye on how the industry was changing and building a network of industry-connected advisors and talented tutors.

She’s had an eclectic career, but her focus has always been on helping people tap into their inner resources to achieve the best they can — from staying alive to escaping a dull career, to publishing a bestseller.

She considers herself fortunate to work with an amazing group of people, all established writers in their field who share that most elusive of abilities: the skills and desire to nurture talent.