While at an event this week, I disclosed to a stranger I’d written and published a book. He began to quiz me, asking if it was about me, what the story was, if he would like it. I told him to buy it and see.

People are excited when they hear I’ve written a book, but confused that it’s self-published. My novel, Life in Your World, is priced like any other book, and because of its professional cover you can’t tell by looking at it that it’s not traditionally published.

However, Life in Your World may never have made it to your e-reader or bookshelf without the growing accessibility of indie publishing.

Life in Your World began back in 2011, during National Novel Writing Month (NaNoWriMo). I love a challenge and the idea of writing fifty thousand words in a month presented the opportunity to do what I’d only ever talked about — write a book.

Before starting, I created the briefest of outlines, visited a couple of locations I wanted to fictionalise and told people what I was doing. This last part was crucial, because, for me, the challenge is not enough; I also have to be accountable to someone else.

This worked. Three days before the end of the month, I hit the magic number of words. I’d won NaNoWriMo. The joy, the buzz, the ‘whoop whoop’. Then I stopped, mid-draft, because I’d reached my target.

What I discovered changed my perspective about getting my writing into the hands of readers.

It could have all ended there, but this time I decided my digital scribblings deserved to become a book. After a break for the holidays, I continued writing, completing the remaining ten thousand words in six months.

Between 2012 and 2016, writing courses and retreats came and went, I bought a flat, and changed jobs a couple of times. I also redrafted the book four times.

Some trusted friends read the different iterations of it, and because of their honest feedback the final version is very different to the initial draft. In particular, the beginning and end were both transformed by their input.

With a manuscript I was happy with, I started to submit to literary agents. If I’m honest, I wanted the kudos I thought came from being traditionally published.

After an initial glimmer of interest – albeit faint – from my first submission, a smattering of standardised rejections popped into my inbox. During this time I read, listened to, practically inhaled as much information about self-publishing as my brain could process.

What I discovered changed my perspective about getting my writing into the hands of readers.

Self-publishing would not only allow me to have control over all of my rights, but I’d be able to make decisions about covers, marketing, and when to publish. Traditional publishing has a long lead time even if your agent manages to sell your prized creation to a publisher.

After six rejections, I gave up and started anew with the view to publishing myself by the summer.

After six rejections, I gave up and started anew with the view to publishing myself by the summer. Online guidance about becoming an indie author is abundant, so I knew going it alone and without a budget wasn’t the way to go.

First off, I decided to hire an editor. I chose someone from a trusted source online. I checked their reviews — which looked good — their website looked professional and they offered a competitively priced package for first-timers.

It proved to be the wrong choice. My editor missed deadline after deadline and eventually provided me with an unfinished document.

In stark contrast, my experience of working with a cover designer couldn’t have been better.

Jennie Rawlings from Serifim came recommended by a friend. After the first read of my manuscript, she came up with a design I loved, a design that only needed tweaking to make it perfect.

Not only did Jennie create a beautiful book cover but she’s been fantastic at promoting my novel. She was a joy to work with.

By August 7th, Life in Your World was on sale to the world, and people were buying it.

Other things helped in the self-publishing process. I paid out for web hosting, set up an author page on Facebook and started to re-orientate my Instagram account towards my writing life.

One of the most useful purchases made was Vellum.

Vellum is software designed to format your Word document into a gorgeous book interior, which will be accepted by e-book distributors such as Amazon and Kobo, and the print-on-demand services Createspace and Ingram Spark. Though only available for Mac users, it proved simple and effective.

By August 7th, Life in Your World was on sale to the world, and people were buying it. It was a fist pump in the air, sign some books moment if there ever was.

As magic as publishing a book is, the work doesn’t stop when you press the ‘go’ button on KDP (Amazon’s e-book distributor). Books don’t sell themselves, and I perhaps underestimated the extent of time and headspace it takes to do this alongside a day job and drafting the second book in a series.

That aside, nothing detracts from the pleasure of logging on and seeing someone has bought a book, written a review or left me a lovely message on social media.

Looking back, there are things I overlooked throughout the publishing process.

Life in Your World is marketed to a Young Adult audience. While many readers of YA fiction are much older than the intended demographic, there were things I overlooked.

Many of my target readers won’t have a credit card, making it harder for them to buy online. Perhaps this is why Instagram is full of images of beautiful paperback books in this genre.

Also, the younger audience is using different means of consuming content, like Wattpad. This is something for me to explore further as I finish off the first draft of Stuck in Your World, book two in the Your World series.

I’ve learned some valuable lessons in how to publish a book. Hindsight is a wonderful thing, but the feeling you get when someone contacts you on Twitter to tell you they loved your book is unforgettable. 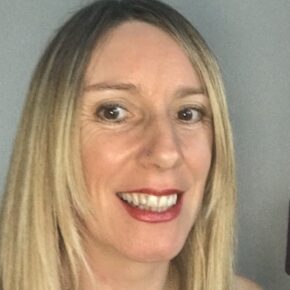 Anj Cairns lives in North London, loves all things books, writing, reading and food. She began writing her first book, Beverley Hills Mansion, aged 13, with a school friend. All that remains is a single handwritten page. Now, in the 21st Century, she writes young adult fantasy and science fiction in the contemporary world. Life in Your World is the first novel in the Your World series. She is CEO of Shannon Trust, a national UK charity supporting prisoners who can read to teach prisoners who can’t.