Q – Hi Amna, thanks for joining us! Could you tell us a bit about your experience on the course, and what you did afterwards?

Amna Boheim – Glad to be here! I did the 6 month Faber Academy Writing a Novel online course. I really enjoyed it, and managed to write the first draft of The Silent Children during the course. Although, it wasn’t quite up to standard yet!

I then had my second child, and after a while went back to the story and totally re-wrote it. Three years later, I ended up self-publishing.

Q – In what way was it not up to standard?

AB – Well, it wasn’t good enough because the plot was flimsy, there were too many subplots, and the characters were wooden and didn’t really change during the story. The writing itself wasn’t great, either.

Q – Did you have a sense of that at the time?

AB – I didn’t realise how bad it was while I was writing it. It was just liberating to see that I could write a novel from beginning to end. After the first draft, I realised that’s when the hard work really kicks in.

Q – Did you write anything between the first draft and going back to it?

AB – I didn’t write anything between the first draft and going back to it. To be honest, with the second child, I felt like I’d been hit over the head with a sledgehammer, so it really wasn’t worth me sitting down to write for a few months.

Q – So five years writing in all? I admire your tenacity.

AB – it was about four years in total, but yes, a long time. But to be honest, it didn’t feel like it. I didn’t want to rush the process.

AB – I decided to return to it because it was always on my mind, and I realised what I needed to change. I couldn’t bring myself to just abandon it.

It’s difficult for a writer, especially self-published, to get far without some level of social media engagement.

Q – At what point were did you think it was publishable? Did you approach a lot of agents?

AB – It was probably early last year that I decided it was publishable. I’d entered it for The Literary Consultancy Pen Factor Award the year before and was longlisted for that, but it was still a way off from being finished.

I then worked with a freelance editor to help me see the woods from the trees to find out what it needed to go from 70% to 100% there. The best money I’ve spent!

I did approach a couple of agents, but I didn’t do my homework properly. In the end, I was approached by a couple after submitting two chapters in Faber Online’s anthology. They liked my manuscript, but the story wasn’t for them.

I look at The Silent Children as a portfolio piece. I’ve never written before, and I don’t have a track record. Is it the best book I’ve written? No, because it’s my first and I’m learning so much.

Q – What a positive way to look at it! Congratulations on being longlisted – it must have been good even at that point to make the list.

AB – Yes, it was a nice boost, and it’s something to put down on my writing CV. On the agent thing, it would be brilliant to secure one, but I’m being philosophical about it and hoping that maybe with the next, or the third, or the fourth it may happen.

However, there are lots of avenues open to new authors aside from the traditional publishing route.

Q – When you say you didn’t do your homework properly, what exactly do you mean?

AB – Really, I should have looked into what agents were interested in, rather than just try my luck. It’s a new world to me and I think it takes time to figure out which agent may be most interested in your work.

Q – Good tips. I’m with you on social media – a necessary evil, perhaps.

AB – Absolutely. It’s difficult for a writer, especially self-published, to get far without some level of social media engagement.

I find Twitter is like a school playground, and I don’t plug my book left, right and centre because it annoys me when people send me a message after I’ve followed them back to buy their book.

Although I self-published, I went down the route of getting professional help.

Q – I’m with you too on social media. I always feel like I’m not in with the in crowd! Can you tell us a bit more about how you self published?

AB – Well, although I self-published, I went down the route of getting professional help. I went with Matador who do all the formatting for you for paperbacks and ebooks.

They also upload ebooks onto all e-retailers, and they make your paperback available for distribution to all the bookstores.

What I didn’t like about that approach is the fact that it is expensive, and you have to be on top of them with regards to how they format your document.

But, for me, I just don’t have the skills nor the time to spend fiddling around with formatting etc. It would drive me nuts.

What I should have done is more PR. I made the mistake of bringing out my book after child number three arrived, and I didn’t think about PR at all. It’s important. I think that’s where money is well spent if you find the right person to do it.

Self-publishing is an uphill struggle. You have to be active on social media, which we’ve touched upon, and you have to make sure you have a presence before publication day.

I did have The Silent Children uploaded onto NetGalley a month before it came out so people could download it for free in exchange for providing a review, and that builds a bit of momentum. Bublish is another forum for doing that, too.

Before the self-publishing bit – as mentioned before – I found a brilliant editor, and after we were both happy with the end product I sought out a good proofreader.

Q – Who was the editor you worked with?

AB – I worked with Averill Buchanan. She’s amazing. I was introduced to her through the Alliance of Independent Authors.

Q – What I’ve learnt from this course is that books take a long, long time and go through many drafts. It’s amazing to walk around a bookshop and think how many hours of writing are in there.

AB – You’re right that it takes a long time. You just have to be patient with yourself. For me, I’m my own worst enemy and I have to be disciplined at getting myself to step back from my work and take an occasional month’s break from it.

Self-publishing is a graft. That said, if you’re traditionally published, the publisher will expect you to do a lot of self-marketing too.

Q – Did your tutor give you the feeling that you had something special?

AB – I got a lot out of it. At the time, I just had the encouragement from the tutor and the people on my course to keep going. I definitely didn’t feel personally that I had something special.

Q – How do you keep yourself going through the periods when you think your work isn’t any good, and you that you’re wasting your time?

AB – I’ve had many of those, and I’m sure every writer does. I just try to write, even if I think it’s a load of rubbish. It’s easier to edit a page of garbage compared to a blank page.

Sometimes I would move to other scenes, or think about the structure of the story, and sometimes doing that would make me realise why I was struggling in the first place.

Q – Self-publishing sounds like such hard work. Will you self-publish your next book?

AB – Yes, self-publishing is a graft. That said, if you’re traditionally published, the publisher will expect you to do a lot of self-marketing too.

As for my next book, the answer is I don’t know yet. I will submit it to agents — this time I’ll do my homework! — and will take it from there.

Q – Would you do anything differently with your second book?

AB – On the writing side, it’s a very different story to The Silent Children, but my process is similar, and it’s still hard work! I’m on draft number three which is totally different from drafts one and two.

If I do self publish then I’ll look at different providers rather than go to the first one I see. I’ll also look at independent publishers who accept unagented books, and I’ll look at crowdfunding too.

And yes, I will be using a PR agency!

Q – I don’t think people realise what goes into producing a book. I work full time too so that’s hard. Is networking the key to getting an agent?

AB – I do think networking is the way to go. If you can, attend as many writing events as you can, and take part in pitching exercises, because the pitching is valuable. I’ve done that a couple of times.

Look out for ‘open house’ submissions that some agencies do. If Faber does it again — which I think they will — submit your work in the anthology.

Q – I think the anthology call is coming out this week! Any events that you particularly recommend?

AB – Look at Writer’s Workshop for events. Curtis Brown, the agency, also does some events — with Foyles I think. The Literary Consultancy hosts an annual writing event. That reminds me, I also got a manuscript assessment when I was somewhat happy with my draft.

Again, that was money well spent. Feedback from other people — who are not your friends — who can give you good honest critique of your work is brilliant too.

Q – Amna, you’ve been fantastic! It’s great to hear from someone who has found success coming from the same route we’re taking. Thank you.

AB – Thank you! It’s been great to chat with you all. Good luck! 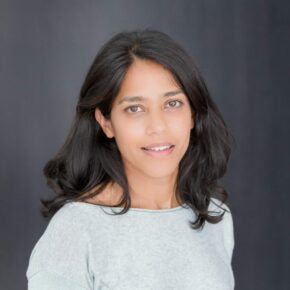 Amna K. Boheim worked in investment banking before turning her hand to writing. She completed two Faber Academy writing courses, including the six-month Faber Academy Writing a Novel online course. She writes a blog on life’s little idiosyncrasies, and most recently, has been posting a series of interviews with writing alumnae from Newnham College, Cambridge, under the title, NewnhamWrites.

The Silent Children is her first novel which was shortlisted for The Literary Consultancy’s 2014 Pen Factor Award, and was awarded the Silver Medal for best thriller/suspense in the 2016 Independent Publisher Book Awards.