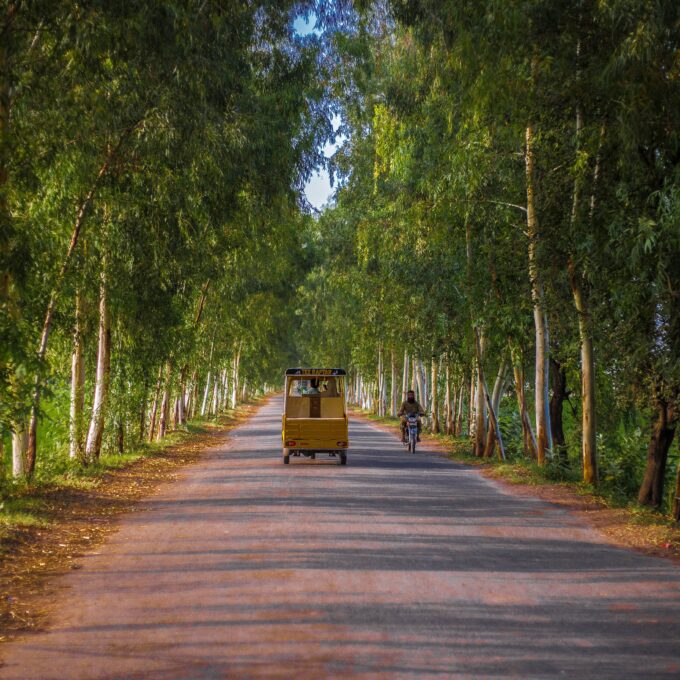 Q – Thanks for joining us, Awais. So, when did you study with Faber Academy?

Awais Khan – Glad to be here! I did the Writing a Novel online course in 2012-13, and then the novel editing course at Faber, London, in 2016. I found an agent in January 2017, seven months after the editing course ended.

The six-month online course was absolutely amazing, and the friendships I made are still going strong to this day – they all came to my book launch in London last month!

AK – When I finished the editing course in 2016, I started submitting my manuscript to agents. I had a freelance editor look at my work, and she agreed that it was worthy of being submitted to agents.

I received over 50 rejections, but I also received some full manuscript requests from top agents. I ended up signing with Annette Crossland. Then the journey to publication started.

As is the case for many writers I was turned down by plenty of publishers, but, thankfully, they were nice turndowns. Either the publisher had already taken up a similar work or the novel didn’t fit their list.

Nobody said that my writing was poor. Finally, we managed to find a publisher in the UK (The Book Guild) who offered a traditional deal. and then, days later, Simon & Schuster picked it up for South Asia.

Q – Rejections are never easy to deal with – how did you cope?

AK – You need to have a very thick skin to handle rejections, I’ll be honest. When you receive a rejection from an agent or publisher you’re really keen on, there’s a full day when you just can’t process what happened. But, as they say, life goes on.

However, if you’re just starting your submissions to agents, I would recommend taking it in stages. In stage one, just submit to 6-10 agents and see what they say. If it’s rejections across the board, maybe you need to do some fine tuning.

A lot of writers tend to exclude the climax from the synopsis which puts off agents. They want to know the full story before they dive in.

Q – Writing a synopsis is something that many writers dread, so do you have any tips?

AK – I have a very good tip from a well-known agent regarding synopses. He said that synopses will never be interesting – it’s the blurb that’s supposed to captivate you.

The purpose of the synopsis is to lay out the overall story and not leave anything to the imagination. As long as a synopsis is readable and doesn’t put you to sleep, you’re good to go.

A lot of writers tend to exclude the climax from the synopsis which puts off agents. They want to know the full story before they dive in.

Cover letters, while essential, need not be too hard to write. It’s very important to research your agent well, see what kind of books they represent, then address them by name and probably talk a little about which book of theirs you enjoyed.

Then, you can proceed to tell them about yourself and also add the blurb of your novel to the cover letter. Just be kind and respectful, and if you get a rejection, never harass the agent as some writers tend to do.

Q – How did the editing course change your work?

AK – The best thing about the editing course was that we had a literary agent come in to look at our first 2000 words and offer honest feedback. That was good for morale and editing too.

The novel editing course was a lot of fun. It’s structured more or less like Faber Academy’s online novel-writing course, except that the focus is on editing instead of writing.

None of the universities in Pakistan offer degrees in Creative Writing, and due to this, a lot of people perceive writing to be a useless activity. That’s where the Writing Institute comes in.

Q – What motivated you to set up The Writing Institute, and could you tell us more about what it offers to writers in Pakistan?

AK – So, basically, I started The Writing Institute in January 2017 after I signed up with an agent. It’s Pakistan’s only institution that offers creative writing courses in all 3 major cities. Our courses include short story writing, novel writing and novel editing. I also try to guide writers who want to submit to agents.

At The Writing Institute, we mostly offer face-to-face courses – I’m very particular about the quality of the courses so I like to retain 100% control.

Q – How is it going – are you offering something to writers that they were desperate for, or are you finding yourself having to develop the writing scene?

AK – Being a writer in Pakistan is difficult. Firstly, people here don’t read as much as they should. Secondly, there is a lot of piracy. And most of the writers here have to seek representation in India or the UK/US.

We’re a country of over 200 million and can you imagine that we don’t have a single literary agent! So, it is tough work in Pakistan, but I think things are slowly changing.

We have some brilliant literature festivals, but nobody seems to be interested in teaching creative writing to people who may have raw talent that they wish to develop. Not a single university in Pakistan offers a degree in Creative Writing.

It really is quite sad. Due to this, a lot of people perceive writing to be a useless activity. That’s where my Institute comes in.

I am writing a novel based around honour killing in Pakistan – and there seems to be a great deal of interest surrounding it!

Q – What are you working on personally at the moment?

AK – I’ve submitted a Dystopian YA trilogy to my agent which is being pitched to publishers. In addition to that, I am writing a novel based around honour killing in Pakistan.

There seems to be a great deal of interest surrounding that novel. My agent is very excited about it – as am I!

Q – How has In the Company of Strangers been received?

AK – The reviews have been excellent so far. It’s due to be published by Simon & Schuster in March 2020, so isn’t out in bookstores here, but it is available in the UK. It’s quite surprising.

The reviews have been positive across the board, which I’m very pleased about. I just wanted to showcase a different side of Pakistan, one rarely seen in international media.

Q – Awais, this has been great. Thank you, and good luck with The Writing Institute. It sounds like you’re doing great things.

AK – Thank you for having me, and good luck! 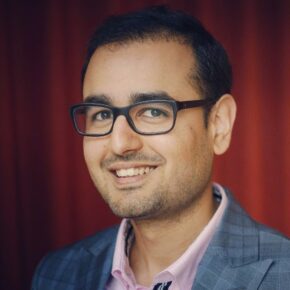 Awais Khan is a graduate of the University of Western Ontario and Durham University. He is an alum of Faber Academy’s Writing a Novel: the first 15,000 online course, and also studied at the prestigious Faber Academy in London.

His work has appeared in The Aleph Review, The Missing Slate, Daily Times and MODE among other publications. His debut novel In the Company of Strangers is published by The Book Guild in the UK and Simon & Schuster in the Indian Subcontinent. His second novel, No Honour, was published in 2021.

He is the Founding Director of The Writing Institute in Pakistan and is represented by Annette Crossland (A for Authors Agency Ltd).