Q – Hi Cal, thanks for coming along! I’ve just started rewriting and editing the second draft of my novel. What advice would you give me for that?

Cal Moriarty – My pleasure! When self-editing you have to leave yourself at the door. You are no longer the author of that project — you are its editor.

You have to be ruthless with words, phrases, sentences and chapters you are in love with. Ask yourself ‘is this really serving the story, or is it just a load of pretty words?’.

Q – Before you started writing novels, you were a screenwriter. What does a script editor actually do, and what should you look out for?

CM – Personally, I don’t work with a script editor — I work directly with producers — but they should be experienced and show you drafts of what scripts were like before they started on them, and after.

Then you can judge for yourself how useful they might be.

There’s a lot of people making a lot of money from ‘editing’ people’s manuscripts.

I have heard several horror stories from writers who have been shortlisted for awards and prizes, so if someone can’t — or won’t — show you how good they are, you have to assume the worst.

Ask yourself: “is this really serving the story, or is it just a load of pretty words?”

Q – I’m struggling with my first draft. Is it true that it is easier when you’ve got all the writing done? Do you leave it for a while and return with fresh eyes?

CM – It depends on how you want it to be. I’m a real perfectionist. I like to leave very little for the editor to do, and this is because I know how badly a bad editor — in film at least – can screw up a script.

If you want to write a rough and ready first draft, I know a lot of that writers do that — just get the darn thing out on the page and then wrangle it into shape! It might give you fewer headaches and take less time than my mad way.

Also, read as much as you can. I know that might sound obvious, but ask yourself why this particular writer started this line in this way or this chapter in this way.

Ask yourself what you would have done instead. It’s always about the story and the best way of telling that story. I think that over-editing really stands a chance of ruining whatever story it was you originally wanted to tell.

Sometimes a draft will be so far removed from what you started with you won’t recognise it anymore. It depends if you think it’s working for you or not. I would say above all else, really focus on the structural edit.

Q – I recently decided to rewrite the opening of my novel to plunge the reader right into the protagonist’s problem or dilemma. What do you think of that idea?

CM – It’s a great idea to throw the reader in the deep end, and watch them swim out, guided by your words. If someone then says ‘oh, it needs something by way of introduction’, maybe consider a prologue.

I started my first novel with a literal ‘bang’, but the next one has a prologue entitled ‘The End’.

My Faber Academy tutor Richard absolutely loathed them and had to go have a lie down if anyone wrote one, but the class was split 50/50.

I think they can be useful, but would always try to put the action of them into the story itself, even if it takes longer – unless it’s vital to put the context upfront. If any of you read my second book (please do!) you’ll see why it’s vital.

Q – How did you handle people seeing your first draft as you went along (with you having done the Faber Academy course), and did you incorporate feedback easily?

CM – I ‘hired’ my Faber Academy teacher, Richard Skinner, to work with me on the novel once the course was over. He told me after we’d worked through the first half that I didn’t need him anymore, and to just get the next bit written.

I was a bit gobsmacked to hear that, actually, but I did work through it a lot. Sometimes being a nitpicky perfectionist does have an upside!

Q – I’m working on a first draft through the Faber Academy Work in Progress course and was concerned about the editing afterwards with no guidance or support, so I’m planning on ‘hiring’ help too.

CM – Yes, it’s good to hire help, but just like an ’employee’ you need to interview them first by seeing what similar work they have edited – either freelance or at a publishing house.

Also, ask if they do structural assistance all the way through to the copy edit, otherwise you will be paying two people, not one.

Also, as a student of the Faber Academy, after the course is over you’ll have access to the exclusive Faber Alumni area, where you can keep in contact with your fellow students and hopefully retain the community you’ve developed on the course.

Read as much as you can — ask yourself why this particular writer started this line in this way or this chapter in this way.

Q – Do you think it’s a good idea to get a professional edit of your work before submitting to agents?

CM – Yes. I think you should always prepare your work as if you were self-publishing it tomorrow. It should be perfect before it goes to an agent or manager.

They get an average of 4000 submissions each a year, and you need to make yours stand out – and not because it’s got countless typos on page one. Make it stand out for all the right reasons.

Q – How did you feel about your debut novel being compared to the work of Stephen King? Was he a big influence on your reading and writing, or did that comparison come as a surprise?

CM – I love Stephen King – he is an absolute master — but I haven’t read any of his books in the past 30 years except his new detective ones. As a teen, though, I loved them.

His book on writing is something I always recommend.

Q – How long did it take you to write your novel?

CM – Well, writing novels was such a shock to the system after writing theatre and film for 30 years that I wrote about three chapters a week for about three weeks, and then went and had a lie down for about 3 weeks.

When I say lie down, I mean doing other stuff and catching up on all the stuff you just can’t do — well, I can’t — while you are writing, like answering the 500 emails currently in my inbox.

It took a lot longer than the month you’d take to write a screenplay or the three days it took to write a play locked in Soho Theatre’s broom cupboard.

Q – Did you feel more pressure writing the second book than the first?

CM – The pressure from writing the second book has all come from outside problems — death, misery, taxes and the fact that two fully-fledged ideas for it had essentially been done already. I had to re-plan for the third time, and that’s the one I was able to stick with.

Hopefully, no one will come up with a similar idea between now and the next month when it will be finished.

On that note, it’s surprising how many things have ‘already been done’, but it can be useful to totally change up a story.

The writing of it will often send you in an entirely different direction.

I think it’s always good, particularly when editing, to throw a bomb into it sometimes. I tell writers I work with to take the idea out as far as it will go. You can always bring it back in later. It’s really difficult to bring a straight, safe story to life!

Also, experiment with point of view. Always ask yourself everything as if you are interviewing yourself. Is this person really the best focus of the story?

If you were a filmmaker, where would you put the camera? Who is it on? Whose point of view is it from? Now switch them around. See how different the story is already?

Q – I find that when I am writing I get so involved with the story that I forget about time, and that I am thinking almost non-stop about various scenes that I am writing up. Is this usual?

CM – You need to be obsessed with your novel, and be thinking about it all the time. I don’t see it’s productive at all to sit at a blank page, thinking. You can think around the shops, at the gym or park, or while washing up.

You need to be obsessed with your novel, and be thinking about it all the time.

Q – You’ve obviously invested a lot in terms of time and money writing your first novel with no guarantees it would succeed. Did it pay off financially? Are you now a full-time novelist, or do you combine it with other work?

CM – I’m very lucky in that I got a good advance, and am a screenwriter.

Always try to get a good advance if you want to give up work, even short term, and never give up the day job unless you’ve got two million quid in the bank — isn’t that what they say you need in order to give up work if you win the lottery?

Unfortunately, most writers don’t get a good advance, but it’s worth looking around for the best deal you can find.

Q – If the novel writing was to continue its success, would you be tempted to leave screenwriting behind?

CM – Screenwriting is a lot easier and a lot more lucrative, and a lot quicker – colour me shallow! I love novel writing, but it takes a long time and I have about 10 film projects on the go at the moment, several TV projects, and three other novels…

I don’t think I will get them all done in this lifetime or the next! I may have to be resurrected several times.

Q – Cal, this has been wonderful, thanks for taking the time to chat with us!

CM – Thank you all! I wish you all the best with your novels. Sometimes it’s like wading through sludge and at other times it goes brilliantly well. So, expect ups and downs and hopefully something amazing at the end. Goodbye! 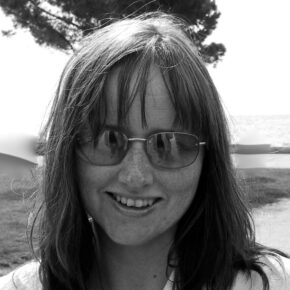 Cal Moriarty is a novelist, screenwriter and director. Cal’s debut novel The Killing of Bobbi Lomax was described by the Times of London as a ‘total wow of a debut’ and compared to Stephen King, Elmore Leonard and Don Winslow. Cal’s second novel Ten of Swords was published in 2017.