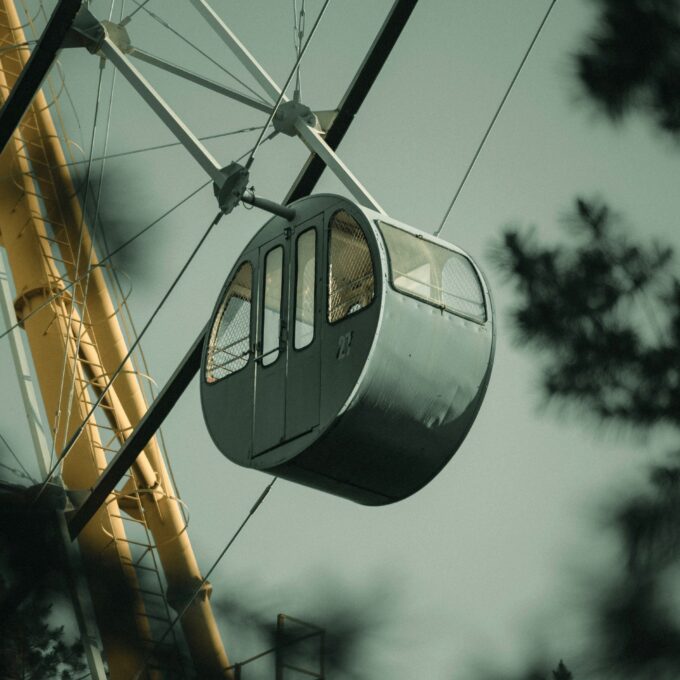 Q – Hi Clare, and thanks for joining us! To start, how do you approach the process of getting your work published?

Clare Fisher – Happy to talk to you all! Well, it depends very much on what you’ve written. I wrote my short story collection before I had an agent.

Because I knew short stories weren’t very commercial, and that my stories were not really proper stories (they’re very short and experimental), I went directly to Influx as I thought they might like them. Luckily they did!

If you want to go with a bigger publisher, you need an agent first. With my novel, I sent my synopsis and opening chapters to 8-10 agents who were interested in debut, voice-driven and/or lit fiction. I chose them based on who they represented and what they were interested in.

A few were interested, and I chose the one who I felt was most invested in my long-term career and who was also very level-headed and experienced (although I met many who were lovely). She then sent it out to publishers, and I got a deal with Viking.

Q – Is there a market for short experimental stories?

CF – Yes, but they are niche. You probably won’t make big money out of it, but there are certainly people who are into it. Influx, Fitzcarraldo Editions and others are publishing short stories, along with lots of magazines.

Q – What motivated you to go into short story publishing.

CF – I just enjoyed writing short stories – I didn’t think about the market per se. It’s not a big market, so it’s not something to go into for money. However, it’s a really vibrant area, and people who read short stories tend to be passionate about them which is great.

Q – How do you know if your work is of a high enough standard to be published?

CF – You never do! It’s so hard to say whether something is ‘good’ enough. Many published books aren’t great from a technical point of view, but for one reason or another, they’re commercial.

Also, publishing is a business, and editors have to convince marketing and sales departments that a book will sell — this will partly be about its quality, but also due to a lot of other factors that have nothing to do with the writing.

Publishers may have an idea of what the market wants, and that may or may not fit with what you’ve written. There’s a lot of luck involved! And, there are always stories of books rejected by publishers which were then self-published or published by a smaller outfit and went on to do very well.

If you’re experiencing the sort of self-sabotaging doubt that tries to stop you in your tracks, don’t listen to it! Be kind to yourself. Maybe take a quick break, do something nice.

Q – What made you decide to go for a graduate degree in creative writing? Would you recommend it to others?

CF – I did one because I wanted to devote a year to writing. It was fun – you get a lot of one-to-one contact with experienced tutors and get to meet lots of other writers. It will help, I think, to progress your journey as a writer. It’s not, however, any fast-track or magic bullet to publication.

Q – Do you still doubt yourself when you write?

CF – Doubt isn’t something that ever really goes away – at least not in my experience. It’s more a matter of trying to work out what sort of doubt it is. What does it feel like? What is it directed towards? Rather than running away from it or letting it stop you writing entirely, it’s better to try and work out where it’s coming from.

Maybe a certain part of the story/a character/a voice isn’t working. In this way, it can help with editing. But if it’s the sort of self-sabotaging doubt that tries to stop you in your tracks, don’t listen to it! Be kind to yourself. Maybe take a quick break, do something nice.

Q – What was the hardest to write – your short story collection or your novel?

CF – I’m not sure. I think novels and short stories are difficult in different ways. With short fiction there’s the challenge of giving the reader a complete reading experience in a very short space. With a novel, it’s so big, so endless, and everything connects with everything else, so it’s a lot to hold in your head.

That said, with the collection, I did think a lot about it as a whole and worked to add/remove/edit stories to make it seem balanced.

I wish I was more of a planner – I think, especially with a novel, you need a rough idea of where you need to go, and a few big scenes/reveals to aim for, but personally I find the most interesting stuff comes up in the writing.

Q – Do you believe in writers block? Many writers espouse it as a myth.

CF – Yes, I believe in it, and I’ve experienced it to varying extents. I think that sometimes it’s your brain/body/soul trying to tell you to take a break from writing, which is totally necessary.

It’s a big emotional labour writing fiction, and you need to be not doing it for lengths of time in order to do it – the concept of the ‘fallow period’. When I feel myself running dry like this and my writing’s not working, I just read and do other things.

CF – I’m not a massive planner – I wish I was more of one! I think, especially with a novel, you need a rough idea of where you need to go, and a few big scenes/reveals to aim for, but personally I find the most interesting stuff comes up in the writing.

For short stories, it’s easier to wing it – I find the stories often end up hinging on a phrase or an image that emerges. For crime or thrillers or anything more plot-based though, planning is essential. And I live in hope of reforming myself…

Q – When you are writing a piece, do you focus entirely on that piece, or do you have other pieces on the go at the same time?

CF – A bit of both. It’s nice to let yourself sink into a longer piece, like a hot bath, especially in the early stages, but as it nears the end I always get a little impatient and restless, and it’s at that point that I often like to experiment with a few other shorter pieces

Q – What research, if any, do you do and how long do you spend on it?

CF – It depends on whether your novel requires research. Nothing to be afraid of if so – it can be fun and can bring another element to the writing. Don’t be afraid to ask people questions.

Ask yourself whether all the complexity is necessary – sometimes it is, but other times it’s a distraction from the main thing, which can often be quite simple.

Q – Do you have any advice for keeping track of the details in a larger novel?

CF – Well, I’ve never been that good at it, but big wall charts and post-its can be good. I once heard AS Byatt do a talk and she had all these elaborate spreadsheets! Also ask yourself whether all the complexity is necessary – sometimes it is, but other times it’s a distraction from the main thing, which can often be quite simple.

Q – How do you move from once scene to the next in a longer piece?

CF – Good question! I think one element is knowing when to ‘show’ and when to tell/summarise. You don’t have to tell your reader everything. You can ‘cut’ before the very end of the scene or jump straight into the middle of the next one, like in a film. I’d say write out everything you see in your head. Then, once you’ve written it, if some seems unnecessary, cut it out.

Q – At what stage do you share your writing with an editor (or someone else of influence) to gain feedback?

CF – If you have a writer friend or colleague who you trust to give you constructive criticism, by all means share it at a point where you are ready for it, or if you’ve written a substantial draft and aren’t sure what to do next. Too early, and it could be deflating.

Regarding a ‘professional’ editor, I’d say to hold off until you’ve got it as good as it can be. Agents and editors receive loads of submissions and you’ll want to impress them.

That said, getting a publisher or agent doesn’t mean the end of editing, but more like the beginning! I rewrote my novel two or three times between getting an agent and the final published version. It’s a great way to grow as a writer.

In terms of readers, after this course ends you’ll have a private group in the Alumni Area where you can carry on posting your work and sharing feedback with one another. That’ll be a great way to keep up momentum after the course!

I wish my next book had been easier, but alas, that’s not the case – at least, not in my experience!

Q – Do you think that fiction is becoming more inclusive? Sometimes it feels like I’m reading the same story about the same people over and over!

CF – I think it is becoming more inclusive, yes. There are more diverse stories out there, and publishers like Dialogue Books and others are actively trying to broaden the range of stories being told. However, the majority is still about white, middle-class people in London and New York, or similar, I would agree.

Q – Are you able to tell us about your next writing project, and is it easier once you’ve had one book published to write the next?

CF –  I wish my next book had been easier, but alas, that’s not the case – at least, not in my experience! But again, it depends on many things. For literary fiction, each piece has to feel new and fresh and that can take time. It’s taken me a few years to finish a novel I feel vaguely happy with, but I’m still not sure what will happen with it in terms of publishing so I can’t really let much more slip right now…

Q – Clare, this has been fantastic. Thank you for taking the time to speak with us.

CF – Thank you for having me, and good luck with your writing! 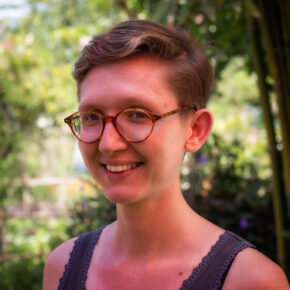 Clare Fisher is the author of All the Good Things (Viking, 2017) and How the Light Gets In (Influx Press, 2018). Her work has won a Betty Trask Award and been longlisted for the Dylan Thomas and Edgehill Short Story Prizes. She is currently studying for a PhD in Creative Writing at the University of Leeds and is a Teaching Fellow at Queen Mary University London.