Q – Hi Jacqui, thanks for coming along! As a mentor, do you feel like you can tell from the outset whether something is going to be good, or have you seen mentees take something you weren’t sure about at the beginning and make it work?

Jacqui Lofthouse – It’s my pleasure. What I find interesting is how some people can really work with feedback and progress really quickly, whilst others find it much harder.

Everyone can improve, and of course, the more you read the better. I’m certain that many of you here are amazing writers too. I’m well aware of all the unpublished talent out there.

I never make a distinction between the ‘published’ and the ‘unpublished’ because the only divide is a lucky break.

In terms of ‘just knowing’, when I think back to the very earliest draft of Sara Bailey’s Dark Water which I saw many years ago, it had ‘something’ then. But, Sara worked on that novel for many years, taking that germ and deepening it and deepening it.

I always say that what matters is being seriouys about the process. I think what really matters is that if you take yourself seriously as a writer, then that moment when your work meets the world will come.

Of course, sometimes that happens quickly, which means that many others are eaten up by literary envy. But that’s not always the story.

I can’t say for sure because she worked on it on and off, but Dark Water was part of Sara’s PhD in Creative Writing, so I’m guessing it took her maybe 5 years or even more.

For me, each novel is different. I wrote my first (published) novel in a year, but at that time I had the luxury of working full time on it. I often take around 5 years on a novel, but I’m doing many other things at the same time.

Q – I think spending some extra time reading rather than trying to write all the time is useful, and the Faber Writing a Novel course has certainly improved my ‘reading as a writer’ skills. It can feel like one’s taking too long over it, though.

It’s really encouraging to see what Sara achieved by working on her novel over many years.

JL – I’m glad! I believe it was tucked away in a drawer for some time at one point! I think it’s so important to focus on the work rather than to focus on ‘getting published’.

Of course, we all want our novel to see the light of day but if we focus on publishing, then we can so easily get embroiled in all the stuff about rejection and literary envy and what the market wants and forget the truly important thing: making our writing as good as it can be.

Q – So there’s hope for me! There is a fear that the essence of the narrative will be picked up by someone else who can make something out of it more quickly. I don’t mean plagiarism — rather two people thinking along similar lines.

JL – Strangely, sometimes these synchronicities can work in our favour. For example, Sara Bailey’s novel came out just as Amy Liptrot was getting so much attention for her memoir The Outrun, set in Orkney.

That has been wonderful for us, and we approached Amy who gave Sara a quote to use for her novel. Sara’s novel is in some ways a ‘selkie’ story, and I’ve heard many of those over the years, but it’s her selkie story.

Q – Timing is everything!

JL – Yes, indeed. An interesting thing happened with the title of Dark Water, actually. We checked, before settling upon the title, to make sure that no one had a recent novel out under the same name. There was none.

Then, suddenly, a novel called Dark Water appeared due to be published around the same time, and it is part of a serial killer series or something like that. But it doesn’t really matter to us — there’s not an obvious crossover with our audience.

At the end of the day, the only way one can get noticed is with writing that is really special.

Q –  I suppose the title is the first thing someone will look at to get an idea of the book – I’m sure there’s a lot of pressure to get it right. Do most people have their title early on, or do publishers agents help you shape it?

JL – I think a fabulous title helps, yes. And, sadly, I don’t think it’s a talent of mine! My novel Bluethroat Morning was initially called The Smile of Accomplishment — not exactly catchy.

But yes, if it can draw the editor in immediately, so much the better. It does have to fit the book, though.

There is always room to change it, and I must confess I have a severe case of title envy of those who seem to come up with brilliant titles so effortlessly.

Q – How much work would you anticipate doing as an editor? I understand that, as a writer, you should submit something that you’re totally happy with, but can you also count on an editor/agent to help you with something that you might be struggling with?

JL – I think it really depends on the individual editor/agent. My first agent was not an editor. She made that very clear. But she was a brilliant agent. Some editors I’ve had have done so much more work than others.

I think what matters most is that, when you’re investing in an author, you see something in the voice that is unique, in the quality of the writing itself.

I do think one should ideally make sure that the work is as ready as it can possibly be before you send it out, as it is such a competitive marketplace.

Q – You mentioned Sara’s PhD earlier, and I’ve always wondered if having a qualification in Creative Writing – be that a BA, MA, or even PhD – has become somewhat of a prerequisite for getting noticed by publishers. Have you any thoughts on that?

JL – I did the UEA Creative Writing course under Malcolm Bradbury and Rose Tremain, and I think it did help me to get noticed.

But I don’t think it was a straightforward ticket to ‘success’ (and I never thought I’d be published so soon after the course, by the way, not in a million years…).

I don’t think it’s a prerequisite at all. What an MA gives you is time to focus on your work. It gives the luxury of pure focus. I think there are so many MAs now – what matters is the quality of the prose and the story.

Q – That gives me hope! It seems for every mainstream book I pick up, the author has completed a Creative Writing MA.

JL – Honestly, I wouldn’t worry about that at all. I have mentees who have MAs in Creative Writing but also many who don’t who go on to get publishing deals.

I don’t think this is what agents and publishers are looking for. It really is the book that matters.

Q – It often seems to me that it’s all about getting noticed in order to be published.

JL – Oh yes, absolutely. And it’s hard when one is rejected too. At the end of the day, the only way one can get noticed is with writing that is really special.

Of course, we all see examples of books getting published that we don’t think are special, and that can be very frustrating.

I think the ‘high concept’ idea is quite an important one in many ways, and I also think some people love synopses more than others. Remember, I’m a writer first and foremost, who writes fairly organically, so I see this more from the writer’s perspective.

For me it’s ‘am I drawn into this?’ and one other really important thing for me: am I drawn into ‘the fictive spell’? In other words, do I totally believe in this character, and in this world — or does something distract me, and make me not believe?

Q – Jacqui, thank you so much for such a fascinating chat.

JL – Thank you! It’s been a pleasure meeting you all, and I hope I’ve opened up some ideas. 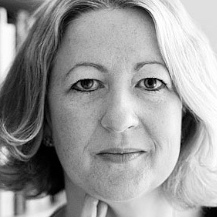 Jacqui Lofthouse is the founder of Nightingale Editions, a new publishing imprint. She is a novelist and runs a mentoring organisation for writers. Her novels including Bluethroat Morning and The Modigliani Girl have been translated into four languages and have sold 100,000 copies. Jacqui has an MA  in Creative Writing from UEA and has taught creative writing in a broad variety of settings from Feltham Young Offenders Institution to City University. In addition to running Nightingale, she is currently writing her first YA novel.