Q – Hi Justin, thanks for taking our questions. I’m a writer myself, and sometimes I struggle with what I should do exactly with notes.

Do you solely address what the note giver brought up? Is doing an unprompted rewrite moving the goalposts a bit?

Justin Young – Thanks for asking! It’s a tricky business receiving notes, isn’t it? It depends so much on the dynamic between you and the person giving them to you, and — frankly — on the specific balance of power.

There’s a big difference, for example, between getting notes on a pre-existing show that might have a lead writer or showrunner setting the tone, and when it’s your own project and the editor or producer is trying to help you build your world.

In the first instance — someone else’s show — you have to strike a balance.

There’s a real art to taking ownership of an episode while also serving the voice and tone of the show. so you not only have to listen to the note but you have to engage with it and understand it.

If you just try to blindly accept every suggestion you’re given, you’ll end up losing your voice in the process and the script will have no personality.

The ideal is to understand where the note’s coming from and come up with a solution together that you’re both happy with.

Unless the show is truly dysfunctional (which a few are, to be fair) it should always be a discussion. That said, there sometimes comes a point where you have to suck it up and take the note or you’ll just get rewritten.

When it’s your own show, the dynamic’s more complicated in some ways. If the script’s been commissioned, you have a responsibility to the people paying you — to make sure they’re happy, that it’s the show they bought in the first place.

But you have to strike a balance between listening to your editor and/or producer — who has/have an objective distance from the script that you don’t — and making sure you don’t surrender your vision or ownership and end up losing sight of what the show is that you want to write.

So sometimes, in that instance, I might try a radical unprompted rewrite — even if (as has happened several times) we all subsequently agree it was better as it was before.

To answer your question more directly; do I solely address what the note giver brought up? It depends on what the project is and what draft it is.

As above, I’ll always try and engage with the note — what are they really asking? — and sometimes through this I’ll realise that the flaw the note addresses can also be answered elsewhere in the script, and I’ll go the extra mile.

Generally, I always want to make the script better whenever I see a chance to. If it’s a headline note — ‘this character feels a bit underdeveloped’ — then there’s room within that for you to take the initiative.

But, if it’s a week before shooting, it’s a rehearsal draft and the note is ‘could we change this line?’, I’ll probably tend to only answer that note rather than springing any surprises on the team.

Often the best script editors give the fewest notes.

Q – What would be your one suggestion for script editors as a whole? Also, it might be interesting for you to know that I was an extra on Ripper Street!

JY – Wow, that’s a huge question, and almost impossible to answer because script editors are so varied in their approaches and personalities and even their roles within a production that it’s hard to think of any suggestions that would apply to all of them.

If I think of all the editors I’ve worked with, from the brilliant to the (ahem) not so brilliant, the one thing that separates the geniuses from the muddlers is a sense of clarity and specificity. A less good script editor talks obliquely and generally.

A really good script editor can zero in on where the issue is. Often the best script editors give the fewest notes. So my suggestion would be ‘be specific’.

How great that you were an extra on Ripper Street! It was a blast to write for, and quite a challenge too. Now there’s a show that had a distinct voice…

Q – Justin, thanks for your interesting and detailed answers! I’ve got a lot to be thinking about…

JY – Glad to have been of help. Thank you, and good luck!

Don’t forget to read part two and part three of this interview. 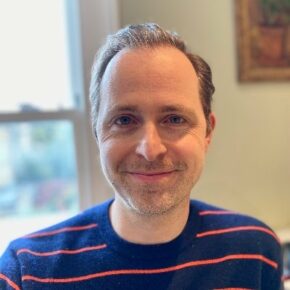 Justin is a playwright, producer and screenwriter. He was Head Writer and Series Producer of Holby City for three years and has also written episodes of Ripper Street, Dickensian and Death in Paradise as well as developing his own pilot scripts with Drama Republic, Company Pictures, BBC Wales and Red Planet among others.