Q – Hi Lee, and thanks for joining us. To start, where do you get your inspiration from?

Lee Weatherly – Glad to be here! For me, inspiration comes from everywhere – the world around me, things I read, things I hear…the whole world is inspiration. The much harder part is crafting inspiration into a novel.

Q – I have a real case of imposter syndrome with writing – did you have anything like this at all and, if so, how did you tackle it?

LW – Yes, absolutely. Imposter syndrome isn’t something that I think authors get over, no matter how established they are.

I think the way I tackle it is to just ignore it as much as I can. I have faith in my ideas and just keep my head down and keep typing.

Q – When did you feel like you’d really become a writer?

LW – I think I’ve always felt like a writer; from the time I was around 10 and realised how I wanted to spend my life. But in terms of feeling like I belonged, like I had a right to be doing this…it was probably not until after I was first published.

I don’t think that’s really right — we all have a right to be doing this — but writing has a lot of pressure placed on it. There’s a sense that we have to be published to justify it, and I’ll admit to falling victim to that thinking myself.

Q – Can you tell us how you approach the thorny issue of plot? Are you a planner or a pantser?

LW – I used to be a pantser and it really didn’t work for me – I found my stories dwindling to nothing after about three chapters. Now I do tend to plan, but not overplan.

I like to know lots about the story world and the characters, and the main events leading through the story, like a series of stepping-stones through to the end.

This gives me space to still be surprised by the characters’ actions, which to me is part of the magic of writing. So, I guess I’m a planner now, but not obsessively so. It’s nice to have a balance!

Q – What is your regular writing practice?

LW – Personally, my writing practice is to get up early and plunge into it before I’ve had a chance to think too much or check my email or read the (invariably terrible) news on my phone.

My usual routine kind of took a nosedive when we got a dog last year; for months I struggled with trying to take him for his walk first thing and then write, but it just wasn’t working for me.

So now I’m setting my alarm for very early, and absolutely loving the time I have before he needs to go out. On a good day, I get half my writing done before 8.30!

Q – Is it better to write from your own knowledge of the world or from the imagination?

LW – We’re often told to ‘write what you know’, but if everyone did that, we’d only have stories about teachers and accountants.

Q – How did you decide to write books for children/teens?

LW – I don’t know if I really ‘decided’ to write for children/teens – for a long time it was just where my story ideas naturally fitted. Now I’m leaning a bit more towards adult, and I imagine that’s where things will take me next.

I think intuition plays a big role here. Deciding ‘now I will write a children’s story because x, y, z reasons’ might result in something a bit flat.

Without the right name, characters often refuse to speak to me, but once I find it things click into place.

Q – I’d love to know how you develop characters – do you find they ‘appear’ to you well-formed, or do you have to keep scribbling away until they reveal themselves?

LW – I’d say that there’s a mix here. Some characters come to me fully formed (like Ingo in the Broken Trilogy). Others reveal themselves to me over time.

Naming characters seems to play a big role in this for me. Without the right name, characters often refuse to speak to me, but once I find it things click into place.

Q – What techniques do you use so that the dialogue doesn’t sound like its coming from the same person?

LW – I think ensuring that dialogue doesn’t sound samey comes down to really getting to know your characters: backstory, emotional arc, etc.

If your characters are individuals, their speech should sound individualistic as well. Reading dialogue out loud helps a great deal, too.

Q – How do you handle the logistics of a piece – for example, keeping track of ideas, timelines, etc? Do you favour any dedicated software packages like Scrivener, or do you just use Microsoft Word?

LW – I just use plain, old-fashioned Word. I keep trying with Scrivener because I like a lot of the features about it, but ultimately it drives me mad that it stores the chapters separately – I like having the entire document at my fingertips.

I take lots of notes, and I’ll admit that I’m awful at saving these as separate documents, so that I then have to go back and search for the notes I need.

My favourite writing tool is the classroom-sized whiteboard in my office. Much time is spent scribbling on it and working out storylines!

A story that’s good and worth pursuing is – to me – something that excites me personally, that makes me want to rush to my desk every morning.

Q – I expect you get asked this a lot, but how did you first get published?

LW – I was working at a literary agency and my boss was very supportive and helpful. She gave me the courage to submit my work, and it kind of unfolded from there.

I was originally taken on by David Fickling when he was still at Scholastic, and though it took several years to write something that was publishable, he was really invaluable in helping me learn the craft.

He’s probably one of the last of the old-school editors who would do that. I was very lucky and owe him a lot.

Q – How do you know that you have a good idea for a piece of fiction worth pursuing, or if it’s better off left unfinished and abandoned?

LW – I’m not sure I know. Does ‘worth pursuing’ mean ‘going to get published’ or ‘something that will bring you joy and teach you things’?

They’re not necessarily the same thing, though that would obviously be the ideal. I think in deciding what to write, you have to listen to your heart.

That sounds trite but really isn’t. If you’re writing something that refuses to come together and you go off it, and you have no contract, then put it aside if you want. Sometimes this is best and it’s good to have the freedom to do so.

Something that’s good and worth pursuing – to me, this is something that excites me personally, that makes me want to rush to my desk every morning.

But whether the rest of the world will agree is a different matter, and I’m not sure anyone has the answer to that!

There’s always a period where my characters aren’t quite speaking to me yet, and then suddenly they burst into life and start saying and doing things I didn’t expect – and that’s the magic.

Q – How do you make readers care about your characters?

LW – That’s the million-dollar question! I think it starts with me caring about them myself. They have to become real to me.

I do a lot of thinking about them, writing their backstories, naming them, finding photographs that I think look like them – but even so, none of that really sparks them into life on its own.

There’s always a period where they’re not quite speaking to me yet, and then suddenly they burst into life and start saying and doing things I didn’t expect – and that’s the magic.

And I can’t help caring about them then, because they’re real people – and I’m putting them through horrible things, because that’s what writers do.

Q – Lee, thank you for your great answers! 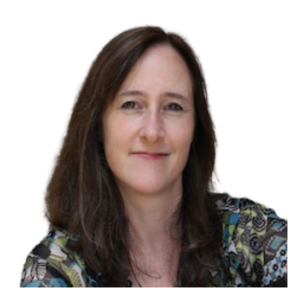 All the story building blocks you need to call yourself a writer.