Q – Hi Nicci! Thanks so much for joining us. To start, could you tell us a little about how you got started as a writer?

Nicci Cloke – Thank you for having me!

When I left university I actually thought I wanted to be an editor, so I got some work experience in publishing for about a year, and then got a job in the rights department at Faber.

Very quickly, though, I realised that while I loved working with books, being behind the scenes didn’t work for me.

So, I started writing secretly and eventually worked up the confidence to submit to agents. I ended up signing with one and we sold my first novel about a year later.

Q – How many books did you write before you were published, or was your first novel a success?

NC – Well, technically, it was my first novel that got published, but it had been through about twelve drafts by that point.

I’d removed two of the narrative voices and completely changed the plot several times, so it was fairly unrecognisable.

I often wonder whether if I was in that situation again I’d have just given up and written something new, but at the time I was so wedded to those characters and story that I just kept unpicking and trying to fix its flaws.

It paid off in the end!

Q – How did you go about finding the right agent?

NC – I found my first agent because I read a book she represented — in fact, it was the first one she sold as she was new to the business — and completely fell in love with it.

It was everything I hoped to achieve with my writing, so I felt like she was the dream person to represent me. I decided to submit, albeit with little hope.

Thankfully she asked to see the rest and then asked me to come in for a chat.

I had met a couple of agents by that point, but she stood out straight away.

Even though she told me she wanted me to cut 50% of the novel and completely rewrite it, I felt so energised after leaving her office that I knew she was the right person for me.

I’m not represented by her now but we’re still great friends, and she made such a difference at the beginning of my writing journey.

I’ve been with my current agent for four years, during which time I’ve written literary fiction, YA and now a thriller with a supernatural element.

She’s supported and championed me tirelessly through all of it, and having a meeting or a phone call with her gives me that same energy.

It’s such an important relationship, and I think you know in your gut if someone ‘gets’ your novel and will work hard for it.

I found my first agent because I read a book she represented.

Q –  How did you know that she represented that particular book? I’ve just pulled a couple of books off the shelf to see if I can see a name on them, but can only find the publishing house and the author.

NC – I’d always check the acknowledgements section of a book you think is similar to yours. Nine times out of ten the author will thank their agent – and if they don’t, there’s probably a good reason!

Q –  Having an agent like yours sounds ideal, but it’s notoriously difficult to find them – good or otherwise. What do you think of independent publishing?

NC – I’m afraid I’m still in favour of the traditional route on this one — I can’t imagine being without my agent.

She’s in my corner on all aspects of the journey; from the complicated contract stuff (which varies from things like knowing what a good royalty rate is in Sweden, to making sure I have a fair deadline for delivery), to the pre-publication stuff (ensuring everything is going well with the edits, that we’re all happy with the cover) and the publication part (making sure the publisher is doing their bit in getting the book coverage, etc.).

I can’t imagine taking on all of that and writing the book in the first place!

But, of course, people do, and I think that’s great — it certainly means you’re in the driving seat and you aren’t going to have to argue because the publisher wants to give your book a cover you hate, for example.

Q – The two Faber Academy courses I’ve taken part in have included many female participants, yet the publishing industry is still dominated by male writers. What do you make of that?

NC – That’s a tough one. It is changing, I think. If you think of the big publishing stories of the last decade – J. K. Rowling, E. L. James, Gillian Flynn, Paula Hawkins and more – the tide is turning in terms of who’s up there in the bestseller lists.

Also, in the industry itself, there are so many brilliant female editors and agents being successful and celebrated at the moment (and thus shaping the market).

Things are moving and changing, which is definitely a positive step.

There are so many brilliant female editors and agents being successful and celebrated at the moment (and thus shaping the market). Things are moving and changing, which is definitely a positive step.

Q – When you write, do you edit as you go along, or wait until your first draft is finished?

NC – I never edit a book until I have a full draft, otherwise I would spend the whole time polishing the first chapter and never move on!

I like to do a really fast and dirty draft zero, knowing full well that it needs a ton of work, and then go back to it once I’ve got a whole manuscript and know what the big picture is.

I find it easier to hone the individual elements that way. That’s entirely personal though, and I know plenty of authors who like to finesse as they go.

Q – I’m currently writing something that is quite simple in essence, but I worry that it won’t have a strong enough ‘hook’ to get anyone excited about it. What are your thoughts on hooking the reader?

NC – Oh, the dreaded hook! I’m in that place with a new book actually — I have the characters and a bit of the plot in place, but I keep wondering what the ‘hook’ is.

I think in some ways the industry has got a bit carried away with ‘hooky’ books, but the tide seems to be changing and people are starting to widen their nets.

I’ve just read Tin Man by Sarah Winman, and it was one of the most gorgeous, emotionally charged pieces of writing I’ve read in a long time, but if you asked me to give you the elevator pitch for it, I’d struggle.

I think the industry is moving towards embracing character and storytelling again, rather than always being on the hunt for a big twist or easy sell. Long may it continue!

Q – Finally, a big question. Why do you write?

NC – Well, I’ve been asked this a couple of times recently and I have to give an answer which might sound a bit trite, but honestly is true: I write because I can’t imagine not writing.

I’ve recently left work to write full time, and people kept saying to me, ‘oh, you’ll get your weekends back!’.

Honestly, though, it’s never felt that way to me. Yes, often it’s a bit of a chore to sit down and start writing (or editing on the third or fourth round), but if I’m unable to write for a few days for whatever reason, I start feeling very antsy.

It’s sometimes a lonely job and it can be frustrating, but I truly love it. I can’t imagine doing anything else now.

Q – Nicci, we really appreciate you joining us – you’ve certainly given us food for thought. Thank you!

NC – Thanks for the great questions, and I wish you all the best of luck with your writing! 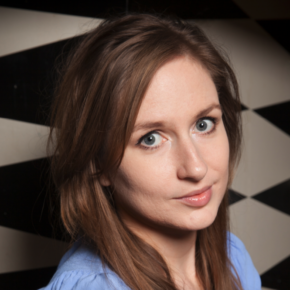 Nicci Cloke’s first novel, Someday Find Me, was published by Fourth Estate in 2012. Her second, Lay Me Down, was published by Cape in 2015. She is also the author of two thrillers for young adults – Follow Me Back was published by Hot Key Books in 2016 and was nominated for the Carnegie medal, and Close Your Eyes was released earlier this year. Her first thriller for adults, written under the pseudonym Phoebe Locke, will be published early next year. She is a full-time writer but has previously worked in publishing, as an elf and as a waitress in a cocktail bar.

All the story building blocks you need to call yourself a writer.