We’ve been thinking and talking a lot about texture in the Faber Academy Work in Progress course. One of the things that has influenced my own writing has been an idea from Indian aesthetics called ‘rasas’.

Rasas provide a framework for thinking about emotional texture. Reading is a gateway to experience. Feelings like joy, arousal, fear, sorrow, hope and anger arise when we read something that resonates with our own experience of life.

As a writer, I think the highest acknowledgment is when someone laughs out loud, or cries or is so scared they are afraid to turn out the lights – because of something we have written.

Rasa theory is built on the idea that great art (whether literary, drama or visual) will evoke emotional experiences that mirror of our real lives.

Emotional lives are not simple. They are complex, multi-faceted and messy. The craft of the writer, then, is to re-create and blend the rich jumble of sensations and moods we find in ordinary life.

Each rasa represents a distinct emotional flavour or state as follows:

Contradictory emotions are the reality of life, which is why, according to rasa theory, art must also mix up the emotional palette.

While a book may have a dominant mood, if other rasas are not present it will get boring really quickly. Why is that?

In life, there is often a dominant rasa but it is always accompanied by other emotions. When a friend of mine was dying of terminal cancer, grief was ever-present in his home.

Yet, on any given day many other emotions would rise to the surface. His wife and five children had a habit of walking around the house wearing red clown noses and they laughed as easily as they cried.

As the morphine kicked in and he accepted his death there were moments of great peace. Fear, courage, love and disgust were daily visitors to their household.

While sorrow was the dominant rasa, many other rasas were a part of their life story.

I have found it useful to recognize the rasas in the novels I enjoy. For example:

It wasn’t until I started noticing the rasas in my reading that I realized that I am drawn to the marvellous. I like that sense of wonder and astonishment, which is, perhaps, why I’m a science fiction writer.

So how do we ensure that we have at least three rasas in a story? One of the most direct ways is through the characters. Tolkein’s Lord of the Rings is dominated by the heroic rasa, but it is the odious Gollum and the marvellous Gandalf that we remember.

Characters will tend to have a dominant rasa, but the characters we relate to the most have emotional range. Just like us.

As writers I think we know when we have hit a rasa on the head. I’ve had times when I’m writing that I’m so disgusted by the words that are flowing from my fingers that I realize I’ve hit a seam of the odious.

It feels so bad that it has to be good.

I think it is less clear when we have overused a rasa. How come the 20 action-packed pages I have just written feel so boring? Perhaps because I’ve flat-lined on the heroic rasa?

Rasas are easy to understand but more tricky to use. You can’t crowbar some comedy into a story just to mix things up.

It has to feel natural to the characters and flow with the plot, and you certainly don’t need to use all of them in one novel.

Just like a good meal contains many flavours, a good book contains many rasas but it takes an artful chef to make sure that the final meal is cohesive. 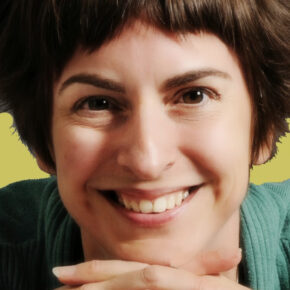 Cathy Key has a PhD in Anthropology with a research speciality in the evolution of human society. She studied with the Faber Academy while writing her science fiction novel, Flute. A visual artist, you can see how the rasas have influenced her work at www.cathykey.com. During the day she works for an environmental company, saving the planet by planting hundreds of thousands of trees.