Many writers are all too familiar with the feeling of isolation, physical torpor and frustration when things just don’t flow as they should. As we sit for long hours, the metabolism slows down and the mind can too easily follow.

Yet it’s a professional necessity for writers to sit — and every day we need to find a way to tune into our creativity and self-motivation.

David Holzer, course director of our Yoga for Writers course, felt himself going down the wrong path in an attempt to fire up his creativity. Yoga changed his life and his work.

“By the end of every yoga practice”, he says, “I was itching to write. But it wasn’t just about tapping into inspiration. Writing is all about doing the work. Regular practise dramatically improved my ability to focus and concentrate.

It helped strengthen my discipline and taught me how to sit in a way that didn’t play havoc with my back. Most of all, it helped me know myself better”.

Regular practise dramatically improved my ability to focus and concentrate.

The road of excess leads to yoga

Writers like Bukowski believed that alcohol helped them write. Sadly, consuming vast quantities of booze and other narcotics also wrecked their lives.

David went a fair way down this route until he discovered that the road of excess simply made him ill and damaged his ability to write. Yoga made him feel great and enhanced his writing. He found out that there are good reasons for this.

Science has the answer to why practising yoga can be so good for writers. Yoga has been proven to increase levels of Gamma-Amino Butyric Acid (GABA), a neurotransmitter in the brain that calms nervous activity.

Studies have shown that people who suffer from depression and anxiety have low levels of GABA. Anti-depressants and alcohol activate our GABA receptors and relax us.

No wonder Bukowski, Kerouac and Fitzgerald, for example, used booze the way they did.

A writer who puts themselves into alpha mode through yoga and meditation is in the ideal state to, for instance, solve a problem with a plot or storyline or even overcome writers’ block.

The power of meditation

Research has shown that yoga also helps slow the brain down to the point where it settles into what are called alpha band waves. These occur when we’re both relaxed and alert. Beta brain waves appear when our brains analyse information and become stressed and preoccupied.

Scientists monitoring problem-solvers have discovered that immediately before they find an answer, their brains are in alpha mode.

A writer who puts themselves into alpha mode through yoga and meditation is in the ideal state to, for instance, solve a problem with a plot or storyline or even overcome writers’ block.

Studies of yogis indicate that they can slow their brains from beta to alpha in minutes. Some can even get down to the theta rhythm, usually associated with dreaming and arousing the unconscious.

More specifically, a study by Francois B. Vialatte of the RIKEN Brain Science Institute, Laboratory for Advanced Brain Signal Processing in Tokyo, Japan measured gamma waves in beginning yoga practitioners after they did a simple breathing exercise.

He discovered increased density in the anterior cingulate cortex, the area that connects to both the ‘emotional’ limbic system and the ‘cognitive’ prefrontal cortex.

Apart from the physical health benefits, practising yoga has the potential to enable a writer to become, as David says, ‘relaxed but still alert, connected to our emotions but also in control of them and able to take a deep dive into our unconscious.

What more could you want?’ 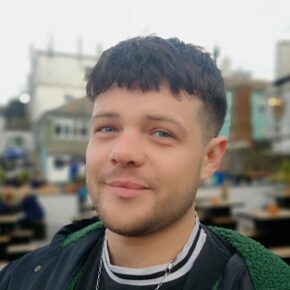