Writing is often seen as a solitary pursuit, but a growing number of people are exploring and experiencing the benefits of writing together.

Here, some writers and facilitators featured in the Professional Writing Academy’s Running Writing Workshops course explain the value of joining a writing group or workshop.

‘The energy is there, and there’s also the sense of being led, having the prompts given to you and not knowing what they are. There’s that feeling of challenge, really, and suddenly something will appear and you’ll have no idea what will happen.

Sometimes in a group we’ll do character development, and after about half an hour we’ll all take a break to look at these amazing characters that have walked into the room with us. That’s part of the energy that writing in a group gives you’.

‘I think there’s a huge privilege in sharing in a group, a huge privilege, and when people are listening to each other you really enable that first piece of writing to grow, and you explore together.

You can explore quite difficult and even disturbing ideas together, and there’s a safety in that as well.

I love the differences in people and their work as well as the similarities, and I always find it quite exciting when you put one writing prompt down, and you get so many different and brilliantly exciting ideas. It keeps you refreshed, hearing other people’s ideas’.

‘The first thing that comes to mind is just hearing other voices. Our own perspective is always limited, even though we count on it to guide us. It’s way too limited, so it can tend to get us stuck as well.

When there are other voices in the room, and you hear someone say ‘I was thinking of doing this’, or ‘I discovered this’, it can really resonate with something inside you. It’s beautiful that it deepens and broadens what we know to be possible. That’s the one thing.

The other most important thing is the sense of community. Not only in the sense that you’re not alone, but working, creating and learning together’.

People could come to a group if they’ve lost energy in their writing, haven’t written in years and are beginning again, or even they’ve never written at all.

‘I think it comes down to two things. One is that it helps to build participants’ confidence. When they come out of that individual writing place they might have at home, or somewhere else, they discover that there are other people like them who share their enthusiasm.

No matter what kind of writing they do, or what level they’re at with it, they seem to get huge enjoyment and motivation from being amongst the community of other people’.

Change the way you read

‘I think people could come to a group if they’ve lost energy in their writing, haven’t written in years and are beginning again, or even they’ve never written at all. All those things are of value, and people can also discover different poets and writers.

‘I’ve just done a workshop in Teignmouth. One of the participants was published and very well-read, but we did a poem by a poet she’d never read before. After the workshop she emailed me saying she was really haunted by that poem.

So, it can change the way we read and the things we discover from poets that feed into our imaginations’.

‘I often ask people at the start ‘why have you come?’, and they say their reasoning is to unblock their imagination and creatively.

They frequently come feeling blocked, and they want fun, and it’s certainly very joyful the way we work in the group. We take it seriously, but playfully. It also gives people permission.

Often, in childhood, there are all sorts of things you’re forbidden to do with language.

You’re told not to be silly, not to tell lies, not to tell stories, so that permission of creativity is of great value. Once people feel they’ve met that, they can take courage in their own writing’.

When you listen to other people’s writing, you hear what you don’t do.

Find your motivation and voice

‘Writing’s a solitary occupation, and sometimes it’s difficult to motivate yourself to get started, or keep going with a project. People often come with something that’s ground to a halt.

With a group, and with a tutor, it’s easier to kickstart things and get in the zone with it. But also, with a writing group, something you don’t get anywhere else, is that you hear your own voice.

When you listen to other people’s writing, you hear what you don’t do. You think ‘I don’t do that’, or ‘I could do that’, and also when you read to the group, they reflect back to you strengths that you might not realise you have’. 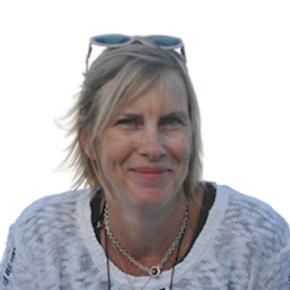 She worked for many years as a journalist and university lecturer before embarking on an MA in Creative Writing and Personal Development and the facilitation of writing groups in a range of health and community settings with various organisations and universities both face-to-face and online.

Anne has a special interest in medical humanities, has been commissioned to work with medical students, psychiatrists and trainee GPs and has presented and published about this work. Since March 2020 she has developed a series of online writing workshops for the mental health charity MIND and with a retirement community for the socially and digitally excluded. As a qualified Feldenkrais practitioner she is exploring the connection between movement, awareness and writing both personally and in her group work.

Anne is secretary of Lapidus Cornwall and is a trained NAWE/Arvon Foundation writing coach.

With Victoria Field she co-directs the Therapeutic and Reflective Writing and Running Writing Workshops CPD courses which, between them, have over 300 alumni from more than 30 countries.