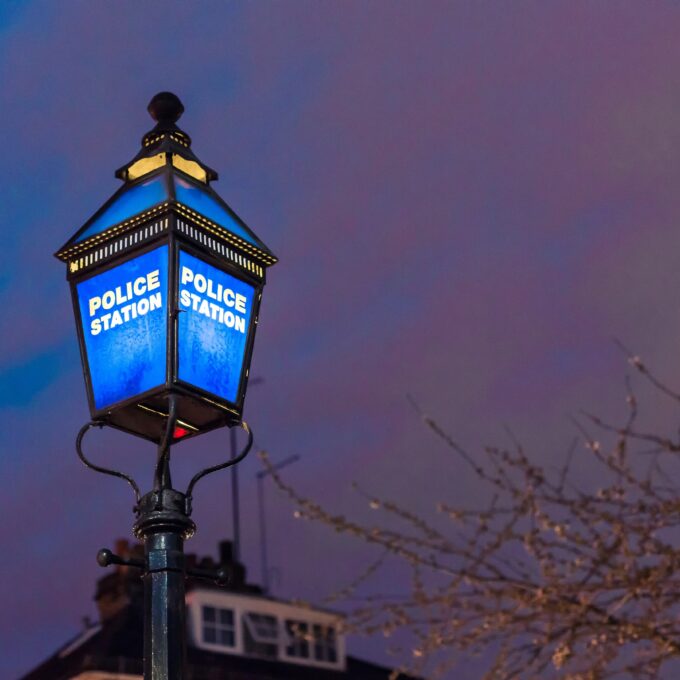 Q — Hi Graham, and thanks for joining us to help us learn a little more about crime research. I’d love to know more about the research process and how, as a writer, you can make your crime scene feel authentic. How much research would you recommend people do before they start writing, and how much can you retrofit?

Graham Bartlett – No problem! It depends how procedural you want your novel to be. If you want to just touch on policing, watching fly on the wall documentaries and just reading around will do. If you want to go any deeper, it’s good to speak to someone who has expertise relevant to your plot.

The adage of wearing your research lightly is important though. I can tell you in mind-numbing detail how violent and sexual offenders are managed on licence for prison, but you would be mad to write it all.

Knowing the detail is important but keeping the pace going is more so.If you were using my service, I would normally ask for you to send a synopsis and a few questions on the main plot points and characters.

Then, ideally, I would review the completed manuscript before submission to work on the detail, the look and feel, and advise on resolving any remaining errors in line with the story.

Q – Is there anything you’d recommend avoiding from a research standpoint?

GB – I would avoid Line of Duty (sorry) and most other TV dramas. Some are very good, such as Happy Valley, but most sacrifice too much and many writers and producers don’t ask the right people the right questions.

I’d also avoid ex-police officers who don’t appreciate your needs as a writer. They will tell you how things are done or not done, but won’t have the imagination to mould the procedure or the norm to your story.

There is always a way to make the procedure fit your plot/character — if you ask the right expert!

Q – I’ve chosen the mid-to-late 1960s as the era for my crime fiction. Can you recommend any good resources or contacts that might help me learn about police procedure during those years?

GB – A really good example is the Breen and Tozer series by William Shaw. They are set in mid-to late 1960s London and really capture both the police and the city zeitgeist. I could always try to contact retired officers who were around at the time for you, but Shaw’s research was assiduous and smacks of authenticity.

White House Farm is a drama based on the Bamber murders of the 1980s and is a great example of how officers will stick at a case despite the objections of those above or the dearth of evidence.

Q – You work as a police advisor with bestselling crime author Peter James. Could you tell us a little more about what that involves?

GB – Peter’s very demanding in his research. In fact, so much so he has two of us working as advisors!

We help him come up with plots, develop his police characters so they mirror normality, work through the deeper procedural elements and run thorough two or three drafts before publication. He’s very adept at giving a nod to the procedure without cluttering the reader.

Q – Have there ever been any cases of especially dogged investigators who saw cases through to their solution against many obstacles, even from superiors or colleagues, or is that a complete TV myth?

GB – Yes, that happens all the time. White House Farm is a drama based on the Bamber murders of the 1980s and is a great example of how officers will stick at a case despite the objections of those above or the dearth of evidence.

In the mid-1980s we had next to nothing – so no pesky technology to solve the case too quickly. We weren’t cleverer, just very lucky!

Q – I know sometimes authors like to set their books a bit in the past, so the complications of technology, mobile phones etc. don’t get in the way of the story.

GB – That’s can be a great strategy. I have been advising Mark Billingham on Cry Baby, due out soon. It’s the prequel to the Tom Thorne series and set in summer 1996 when Thorne was a DS. I was also a DS then and it really took me back, recalling what was and what was not available.

The mid-1980s would be even better as we had next to nothing then – so no pesky technology to solve the case too quickly. We weren’t cleverer, just very lucky!

Q – I’ve been really enjoying reading Death Comes Knocking! In it you often mention the changes between policing in the ‘old days’ and now, most often in relation to changes in technology and the impact that has had on policing. You also talk a lot about a police officer’s/detective’s ‘natural instinct’ and how important that is. Has any of that been eroded by technology?

GB – In the days before all of our movements were tracked digitally and we shed our DNA wherever we went, detectives had to be more innovative and show more intuition to get the evidence. I think that instinct to read crime scenes, people or situations is still there – but now it’s easier to confirm those gut feelings.

The Babes in the Wood case, like the Lawrence case, was finally resolved using the new double jeopardy laws. Both cases were underpinned by the advances in DNA.

Digital forensics is now advancing at a pace, so it won’t be long before we see some cold cases solved through that.

Q – It’s interesting just how quickly technology has changed the landscape in so many ways, but policing in particular, and always fascinating when technology is able to solve earlier cases. I think that happened in the Stephen Lawrence case, if I remember right, that the forensics could finally find evidence that wasn’t available at the time of the original case.

GB – Absolutely, and the Babes in the Wood case (my latest book), like the Lawrence case, was finally resolved using the new double jeopardy laws. Both cases were underpinned by the advances in DNA. Likewise, digital forensics is now advancing at a pace, so it won’t be long before we see some cold cases solved through that.

Q – My accidental-sleuth heroine decides after solving her third mystery that she’d like to train to become a PI. I was thinking of enrolling on an online course myself (as she will probably do) to learn about what’s involved now with new technology. Would you know of any better ways to learn about the realities of being a private eye?

GB – You’ve made me want to read your book already with that description of your protagonist! A course would be a good start to grasp the basics but, as with any training, the real learning is done on the job.

Private investigators are normally ex cops and will often let you into their world as to what it’s really like. I can put you in touch with one or two if you like.

Q – Graham, thanks you for your time. It’s been fascinating to hear from you.

GB – Thanks for having me – I hope I’ve proved useful. Good luck.