Q — What makes a writer stand out?

Charlie Campbell — Many agents read until they think they don’t need to read any more in order to make a reasonable assessment of the manuscript — given that they’ve got dozens (or more) manuscripts waiting to be read.

So, your letter and synopsis are very important in making you stand out, as are the opening pages of your novel.

As an agent, I look for something that excites me. I’m not thinking, ‘what will my colleagues say?’, mostly because I’m trying to read as a reader, initially.

Ideally, I want this to be the sort of book I’d read for pleasure rather than thinking ‘will this work commercially?’.

Q — Can you tell within the first page whether this is a winner, or at least a writer worth taking a chance on?

CC — If I were being lazy, yes. I do get a strong sense from the early pages, but equally I know that I would never have been James Joyce’s agent. I would have rejected Ulysses every time, as I have as a reader.

I’m sure that’s a deficiency of intellect, but I just couldn’t enjoy it.

In a perfect world, you want a submission to seize you immediately. The Miniaturist by Jessie Burton has got a lot of coverage — not one of my books, sadly. I read the first few pages today on Amazon and you could see why.

Ideally, I like to find a voice and an opening that are immediately arresting.

But, failing that, I’d prefer it if you avoided anything (clumsiness or typos) in the early pages that make a (probably tired) reader tune out slightly.

I like to find a voice and opening that are immediately arresting.

Q — Should I wait until I have a full manuscript to send an agent, or would you like to read the first few chapters only?

CC — I am happy to read the opening chapters, without the book being finished, but they’d probably have to be that bit better (incredibly actually), for me to commit to them at that early stage.

It would have to be pretty brilliant for me to commit to a novel before I knew how I felt after I’d finished reading it.

Equally, we very rarely submit novels to publishers on a partial manuscript. It’s much harder to get a deal that way, for the reason above.

Q — Can you give us an example of a perfect novel – and the kind of thing publishers are looking for now?

CC — I haven’t read it for a while but I think it’s hard to beat The Secret History by Donna Tartt — that’s the kind of book that publishers would still like to acquire. As for what editors are looking for at the moment, I don’t know I’m afraid.

Though thankfully the erotica trend is on the wane, I think.

Q — If one agent rejects me, should I try another?

CC — There are lots of agents, so you don’t need to worry about there not being others to try.

I don’t think that writers should submit to publishers and agents at the same time.

Q — Should I send my novel manuscript to a publisher first or an agent?

CC — As an agent, I don’t find it helpful if an author has tried publishers before coming to me. It hampers me when I send out their work to editors.

If a publisher has an initiative to source new talent direct (like Borough Press and Cape have done), then that’s slightly different, but I don’t usually think that writers should submit to publishers and agents at the same time.

I think it’s up to agents to find you the right publisher. Agents have a broader remit than publishers; it’s not that unusual to find a Booker prizewinner sharing an agent with Pippa Middleton for example, whereas that’s much less likely with an editor.

Q – Val McDermid wrote a piece in the Telegraph complaining that debut novelists are no longer permitted to be slow burners. Do you think that’s a valid argument?

CC — I liked that piece and in my crosser moments, I agree with it. Yes, on the whole, I don’t think writers are given the time these days by the industry to build a career.

It’s important always to remember that publishing is mostly filled with well-meaning but not incredibly well-paid people working within structures which are not perfect.

But agents are involved in the process too, by driving up advances. I don’t usually think this is a bad thing, but if someone gets £100k for a book that doesn’t sell, that publisher is not going to show much interest in that author’s next novel.

Q — If a writer has already self-published, either as an ebook or through a vanity publisher, does that set them at a disadvantage?

CC — That’s a tricky one. I don’t think self-publishing puts you at a disadvantage, but I do think you need to point out to the agent a few positives that arose from that publication.

And I suspect we would expect to see a certain level of success already from a self-published author.

Find your favourite writers working in a similar genre and look to see who represents them.

Q — In much of the advice I’ve read on securing an agent, it’s suggested that as a new writer you should be able to show that you’re actively ‘out there’, entering short story competitions, blogging and so on. If I don’t do this am I at a disadvantage?

Should I make a website and get myself on Twitter, or should a decent novel be able to speak for itself?

CC — I think that if the book is good enough, that should be all that matters. And an agent should be able to advise and help with the stuff that a publisher might want on the online front. You should do what comes naturally to you.

That said, I think it’s very different for fiction and nonfiction. For the latter, publishers would want to see that you already have some form of online platform.

Q — Do certain agents favour different genres? Is there a way to find out for someone like me who is very new to the business of publishing?

CC — Given how long you spend writing your novel, I think it’s worth spending a fraction of that time finding out about the agents you’re going to send it to. Find your favourite writers working in a similar genre and look to see who represents them.

If you look in the acknowledgements in their novels, it’s usually mentioned.

Q — What’s the #1 piece of advice you have for writers aspiring to be published?

CC — What a tricky question! Other than be incredibly talented, I would remember always that you’re dealing with individual agents and editors, who are likely to be impressed with courtesy as much as anything else.

No need to flatter anyone – I’ve had that and it’s always fairly comical. Just don’t chase them a few days after you’ve sent something. If you do chase (which is fair enough after a bit), try to do so with some good news. 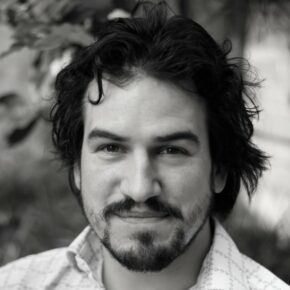 He’s been a literary agent for over a decade, joining Ed Victor Ltd in 2005. He handled film, TV and serial rights for the agency’s clients, as well as helping launch the speakers bureau and digital publishing arm. He is interested in both fiction and non-fiction, with a particular focus on literary novels, thrillers and books that tackle big or quirky subjects in an accessible way. Before agenting, he spent three years at Literary Review, where he became Deputy Editor and ran the Bad Sex in Fiction Award. His book Scapegoat: A History of Blaming Other People was published by Duckworth in the UK and Overlook in the US, as well as in Russia, Thailand and Turkey.

In 2012, he and a group of writers revived the Authors XI, a literary cricket team that used to star PG Wodehouse and Arthur Conan Doyle. Under his captaincy the Authors have toured India and Sri Lanka and, in 2013, they defeated the national side of Japan. In the same year, their book, The Authors XI: A Season of English Cricket from Hackney to Hambledon, was published by Bloomsbury. It was shortlisted for the Cricket Society and MCC Book of the Year award. Charlie has just published Herding Cats: The Art of Amateur Captaincy about his experiences captaining the Authors side.